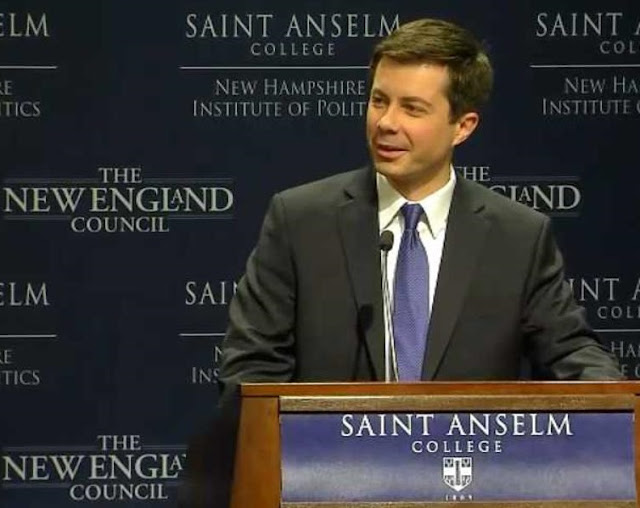 For the first time in history, an openly gay man will participate in a Democratic party presidential debate. South Bend (Indiana) Mayor Pete Buttigieg announced on Saturday, March 16 that he had reached the 65,000* individual donor goal which qualifies him to be invited to the first DNC debate (June 2019) before the 2020 presidential election. He also met the requirement that donors must come from at least 20 states.

Buttigieg is competing for the Democratic presidential nomination in the 2020 national election. If successful, he would be the first openly gay president, as well as the youngest (39 on inauguration day 2021). Mayor Pete, as he likes to be called, considering that tongue stopping last name (BOOT-edge-edge), turned in a star performance March 10, 2019, on a live CNN Town Hall held in Austin, TX. If you have not listened to this broadcast, see the YouTube link below.

Your blogger was born (and continues to live) in the Washington DC suburbs, so I have been saturated with politics my entire life, yet I have never heard a politician speak so calmly and eloquently, with a quiet determination and assurance. He answers every question! No deflections! He mentions solutions and policies that need to be explored, all delivered with a refreshing candor and vision. And relatable. I’m still pinching myself. Consider it your civic duty to listen to the entire broadcast of 43 minutes. If nothing else, he should be hired by any candidate on how to handle an interview or town hall session.

My favorite quote from the CNN Town Hall:

When asked how he would respond to criticism from Trump:

"I'm a gay man from Indiana. I know how to handle a bully."


This man is only 37 (born January 19, 1982), openly gay (married public school teacher Chasten Glezman in June 2018; photo below), informed and eloquent. A Harvard graduate (BA) and a Rhodes Scholar at Oxford (MA), where he received a “first” in economics. Not to mention a veteran of the war in Afghanistan; he remains a lieutenant in the Naval Reserve. Mayor Pete speaks English, Arabic, Dari, Spanish, Norwegian, French, Italian and Maltese (his father emigrated from Malta, where Buttigieg is a common name). When he ran for reelection for mayor as an out gay man in 2015, he won with more than 80% of the vote. In red state Indiana. Believe it. 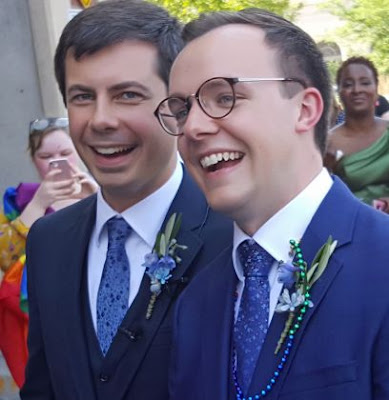 P.S.: Interested in learning more about Mayor Pete? He has a new book out, a memoir -- Shortest Way Home: One Mayor’s Challenge and a Model for America’s Future (pub. Feb. 12, 2019). The Guardian (British daily newspaper) stated that Buttigieg “has written the best political autobiography since Barack Obama”. 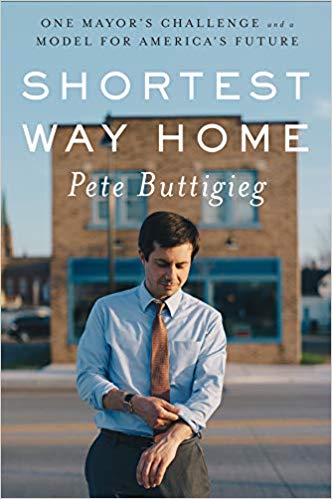 (Buttigieg met his husband online, and their first date included a visit to the South Bend Cubs. They made it to the sixth inning before they ditched the game for a walk by the river.)

“I felt the slight brushing of his hand coming closer to mine,” he writes, “and I took hold of it. Nothing in my life, from shaking hands with a president to experiencing my first rocket attack, matched the thrill of holding Chasten’s hand for the first time. I was electrified. We got back to the car just as the post-game fireworks began, and as the explosions and lit colors unfolded over us, he went in for a kiss … It only took a few weeks for me to acknowledge the obvious: I was in love.”

Photo below: Buttigieg upon returning from deployment in Afghanistan. 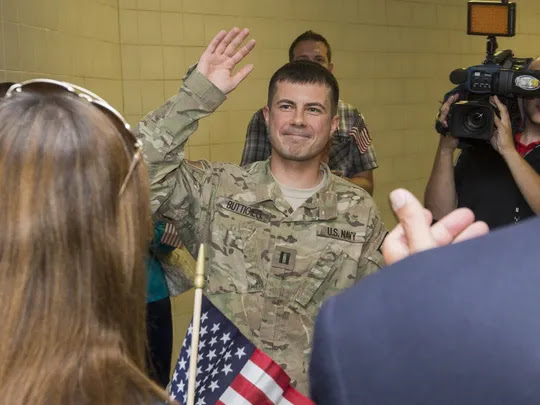