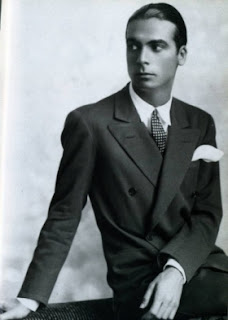 I first learned of Balenciaga (1895-1972) from a pamphlet at the San Sebastian (Spain) tourist office. In a list of famous people who had made San Sebastian their home, he was in the second position, right behind the Queen of Spain. My female traveling companion, speaking in reverent tones, informing me that he is regarded as one of the greatest couturiers of the twentieth century.

Counted among his clients were the de Rothschilds, Bunny Mellon, Helena Rubinstein, the Duchess of Windsor, Countess Mona Bismark, Doris Duke, Marella Agnelli and Jacqueline Kennedy Onassis. Jackie upset John F. Kennedy for buying Balenciaga's ultra expensive creations while he was President, because he feared that the American public might think the purchases too lavish; her haute couture bills were discreetly paid by her father-in-law, Joseph Kennedy. While Dior dressed the rich, Balenciaga dressed the very rich. During the 1950s, it was said that a woman “graduated” from Dior to Balenciaga.

Balenciaga, who had quit school to go to work for a local tailor at age 13, opened his first shop in San Sebastián, Spain, at age 19, and by the age of 24 he had his own couture house, which later expanded to branches in Madrid and Barcelona. All three were called Eisa, after his seamstress mother. He learned every aspect of the couture business. While apprenticed to the San Sebastián tailor, he learned the skill of cutting, an art few dress designers possess.

At seventeen he went to Biarritz, across the border, to learn the French language and their clothes-making techniques. By the age of eighteen, he was learning the women’s wear trade back in San Sebastián, in a luxury shop, Louvre, where he became adept at fitting ladies and finding gowns for their personal requirements. His clients loved him and followed him when he opened his own fashion house in the Basque capital at age 24. Among his clients was the Spanish Queen Mother, Maria Cristina, for whom San Sebastián’s great luxury hotel is named. His business was run with the help of his sister, brother and other relatives, and was very much a family firm, though on a substantial scale; 250 people worked in the Madrid house alone, plus an additional 100 or so in Barcelona.

The Spanish royal family and the aristocracy wore his designs, but when the Spanish Civil War forced him to close his stores in 1931, he fled first to London, then to Paris in 1936, eventually opening a couture house on Avenue George V in 1937. His success was immediate. Customers risked their safety to travel to Europe during World War II to see Balenciaga's designs.

Below: A Balenciaga design from 1951. 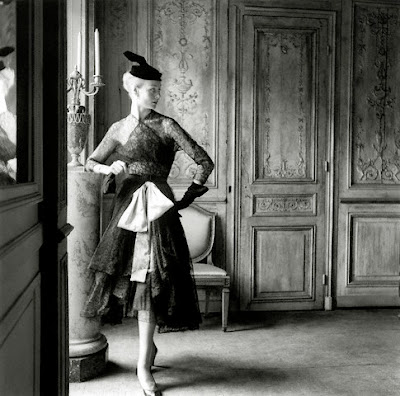 It was in Paris that he met the lover of his life, Vladzio Zawrorowski d'Attainville, who was also his business associate. At the time he partnered with Cristóbal, Vladzio was a Franco-Russian milliner. Balenciaga was devastated when he died in 1948, to the point that he considered closing down his business. While Balenciaga had affairs with other men after Vladzio's death, he remained an intensely private man, rarely socializing.

Several designers who worked for Balenciaga would go on to open their own successful couture houses, notably Oscar de la Renta, Emanuel Ungaro and Hubert de Givenchy. Balenciaga’s influence on these men cannot be overstated. 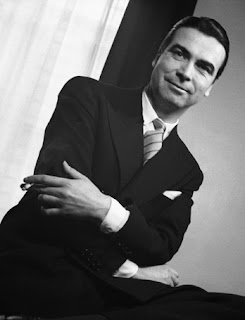 His greatest period of innovation and influence was from just after WW II until he closed his couture house in 1968. His “sack dress” created a sensation in 1957 and was even parodied on an episode of “I Love Lucy”. Unlike other couture houses, Balenciaga never produced a ready-to-wear line: "I will not prostitute my talent." Tapping the deep roots of his Spanish heritage, Balenciaga found inspiration in flamenco and Velázquez paintings, clerical vestments and bullfighters’ boleros. Later, in designs that re-envisioned the female silhouette with gestures that flouted the traditional waistline, he created his unfitted middy blouse and tunic dress, the barrel-line jacket and balloon dress. In 1960 Balenciaga received the Légion d’honneur for services to the French fashion industry. 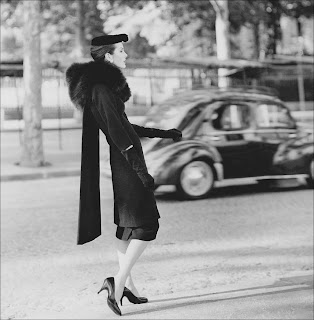 When Balenciaga died in his native Spain in 1972, Women’s Wear Daily declared, “The King is Dead”. He died a very rich man, with houses and apartments in Paris, at La Reynerie near Orléans, in Madrid, in Barcelona, and in Iguelda in his native Basque country. Although his couture house remained dormant from 1968 until 1986, in 1992, for the summer Olympic Games, the House of Balenciaga designed the French team's clothes to give them a more sophisticated look.


The Balenciaga name is best known to young people today as the label in a sought-after handbag with punkish hardware. Balenciaga is now owned by the Gucci Group. 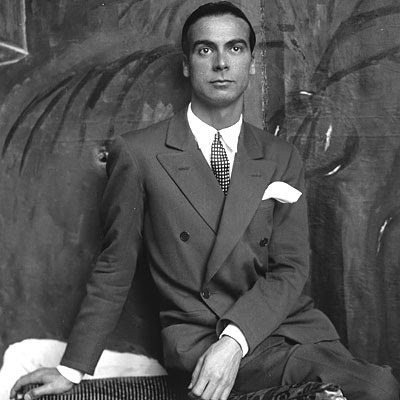