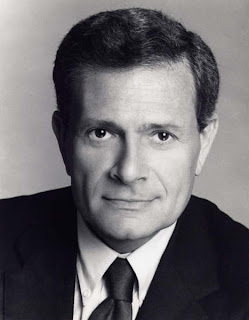 Jerry Herman (1931-2019) is the only Broadway composer/lyricist in history to have three musicals run more than 1500 performances each: Hello, Dolly!, Mame and La Cage aux Folles.

Raised in NYC, he spent summers in the Berkshires directing plays and musicals at his parents' camp. After college Herman produced the off-Broadway 1954 revue I Feel Wonderful, forged from material he had written at the University of Miami (the university’s theater, the Jerry Herman Ring Theatre, is now named after him). It was his only show his mother was able to see, since she died of cancer at the age of 44, shortly after the revue opened. Her death caused a crippling depression for Herman.

In an attempt to dispel his grief, Herman put together a revue called Nightcap in 1958. It ran for two years. His Broadway debut came in 1960 with From A to Z, a revue that featured contributions from newcomer Fred Ebb. Producer Gerard Oestreicher approached him after seeing his work and asked Herman to compose the score for a show about the founding of the state of Israel. The result was 1961's Milk and Honey, his first full-fledged Broadway musical.

In 1964, famed producer David Merrick hired Herman for a project that was to become his most successful endeavor, Hello, Dolly!, starring Carol Channing. The original production ran 2,844 performances, the longest running musical of its time, and the show fostered three revivals. It won 10 Tony Awards, a record that remained unbroken for 37 years, until The Producers won 12 in 2001.

Herman wrote in his memoir that David Merrick was "a very tough man who loved to intimidate people." After Merrick saw Milk and Honey, he asked to meet with Herman. Merrick was looking for a composer-lyricist to write the songs for Hello Dolly! Herman requested a copy of the script and asked if he could have the weekend to come up with some songs. "Those three days were the turning point of my career. I produced those four songs in two days of the wildest, most intensive writing binge of my life. I was like a crazed person, pacing up and down in the middle of the night, scribbling down lyrics and popping candy in my mouth. But I was young, I was full of energy, and I wanted this happy, brightly colored American musical more than anything in the world. I was determined to get this job. There was a new aggressiveness in me, this desperate need to prove something to myself. I killed myself for this job." On Monday morning, after hearing the songs, Merrick said, "Kid, the show is yours."

The production was an enormous hit and Herman developed a close friendship with its star, Carol Channing. Working on the show, however, was emotionally traumatic because of the difficult personality of Merrick. 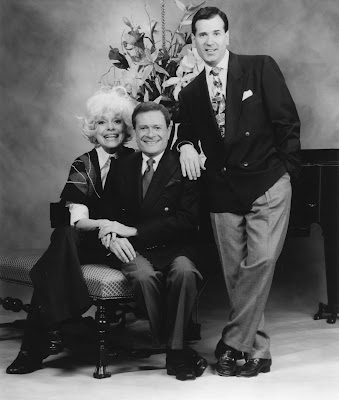 After the initial failure of Mack & Mabel, Herman became depressed and did not want to write musicals anymore. The financial success of Dolly had allowed Herman to buy a rowhouse from playwright Edward Albee at 50 W. 10th St. (Greenwich Village), NYC, and refurbish it. The structure dated from 1868, when it served as stables. Prior to Albee, it had belonged to renowned Shakespearean actor Maurice Evans. House Beautiful ran an article on Herman's renovation, and a second career was born. During the 1970s, he turned to renovating and decorating houses and reselling them, finding decorating projects therapeutic.

In 1983, Herman struck gold again with La Cage aux Folles, breaking box-office records at the Palace Theatre, and winning another Tony Award for Best Musical. After the phenomenal success of La Cage aux Folles, Herman left the world of Broadway and moved to Bel Air, California, where he mourned the death of his long-term partner and dealt quietly with his own HIV-positive status, which was ungracefully made public in 1992 by New York Post columnist Cindy Adams.

His 1996 memoir, Showtune, relates stories “about that fabulous era when there were 20 musicals a season. Mary Martin in one and Gwen Verdon in another. It was a very heady, exciting time, and I had a little part in it," he says. "I also wanted to tell the story honestly of a gay man in America who was comfortable with that persuasion. But almost more than the stories about Ethel Merman and Pearl Bailey, I wanted to tell people in my situation that there are medications now that can normalize your system.”

Though his shows have raised the spirits of millions, Herman believes his participation in the mid-1990s experimental study of protease inhibitors was more important: "My medical records were sent to the FDA along with hundreds of others to help get the drug approved. I think that's the best thing I've done for this world." Update: Mr. Herman lived for 34 years after his HIV-positive diagnosis in 1985.

Herman had settled down with partner Marty Finkelstein, whom he met at a Christmas party.  They started their own business renovating Victorian houses in Key West, winning numerous architecture and restoration awards. But after five years together, Finkelstein came down with a bronchial infection that wouldn't go away. Two and a half years together, Finkelstein died of AIDS at the age of 36. "When I saw the grief of his mother, that hit me more than my own grief," Herman said.

At the Palm Springs, CA, home he shared with recently retired real estate broker Terry Marler, his partner of a dozen years, there is a 61-foot swimming pool. "That's my exercise," Herman said. "I'm there a great deal of the time; I swim and swim and swim as often as I can. It gets harder every year. You don't like to think of age as being a problem, so swimming keeps me fit. Terry keeps my life going. He's responsible for laughter and companionship. He's just a great, great partner."

Herman was awarded a 2009 Special Tony Award for Lifetime Achievement, at age 77. "It's the most exciting thing that's ever happened to me, it really is," Herman said. "It doesn't get any better than this. That's an award from the people that I've worked with all my life. It's beautiful." The award was presented to him by Angela Lansbury, the inimitable star of Mame.

In 2010 he was a recipient of the Kennedy Center Honors, at age 80. The next year three of his works were staged in Australia: Milk and Honey, Dear World and Hello, Dolly! The PBS 90-minute documentary, Words and Music by Jerry Herman (2007), is available on DVD.