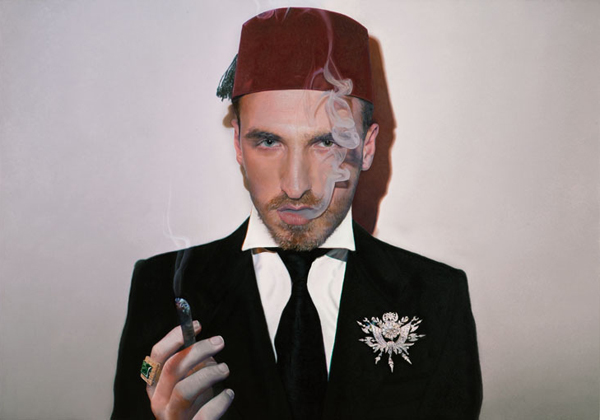 Taner Ceylan (b. 1967, portrait above) is a Turkish hyper-realist painter who was one of the first artists to embrace homoerotic subject matter in popular Turkish art in the late 1980s. Although Ceylan has suffered a significant amount of cultural backlash against his sexual orientation and provocative creative vision of nudity, eroticism and sexual intercourse, his career continues to sky-rocket as critics and art collectors recognize the impressive technical skill and intense emotional realism of his work. Curator Dan Cameron, who has championed the painter, orients him in a tradition of sexually explicit art stemming from Robert Mapplethorpe to Jeff Koons, but points out that the implicit argument of Celyan's work is "a romantic arguing for the wholesomeness of gay male sexuality.”

Although born in Germany, Ceylan lives and works in Istanbul, where he studied painting at Mimar Sinan University (1986-1991). He then worked for the Fine Arts Faculty of Yeditepe University (2001-2003) as a lecturer. At the same time he began serving as editor in chief of arts for Time Out Magazine Istanbul for a five year stint ending in 2006. 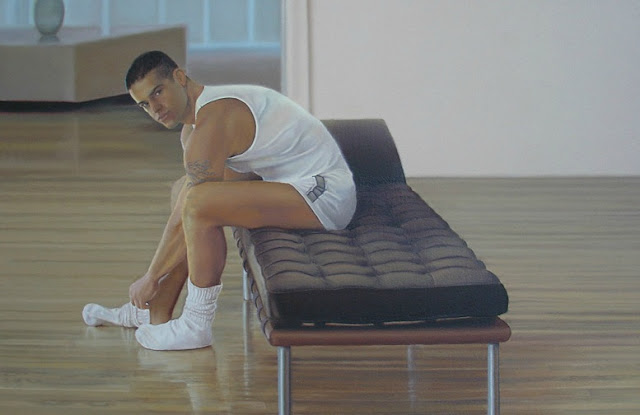 Serhan (title of painting above)

Many of Ceylan’s paintings are in private collections, such as those of Martin Browne, Dan Cameron and Fethi Pekin, as well as in museum collections, in particular the Scheringa Museum of Realist Art (Netherlands) and the Istanbul Modern. His first solo exhibition was held in 1991 in Nürnberg, Germany, and his work has since been shown in London, New York and Luxemburg. His photo-realistic canvases sell in the $80,000 range.

Taner Ceylan: 1997-2009, a hardcover book of his paintings, was published last year. 184 pages, available through Amazon.

You must be 18 years of age to enter the artist’s web site:
www.tanerceylan.com

Bear in mind that these examples of his work are paintings, not photographs. 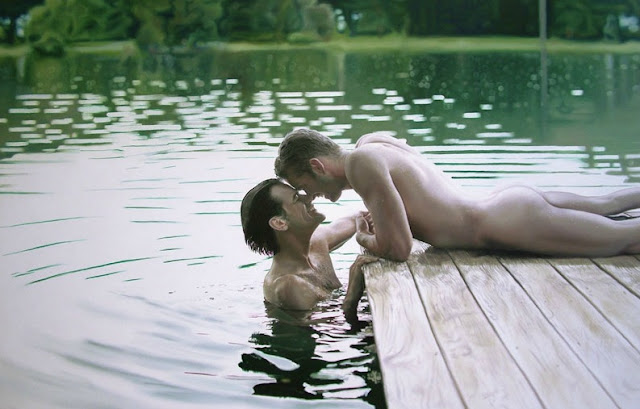 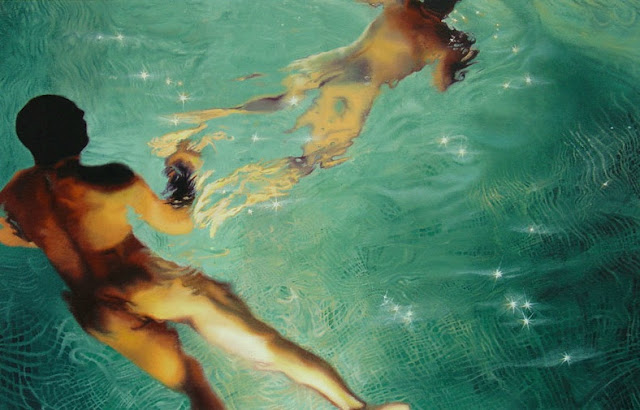 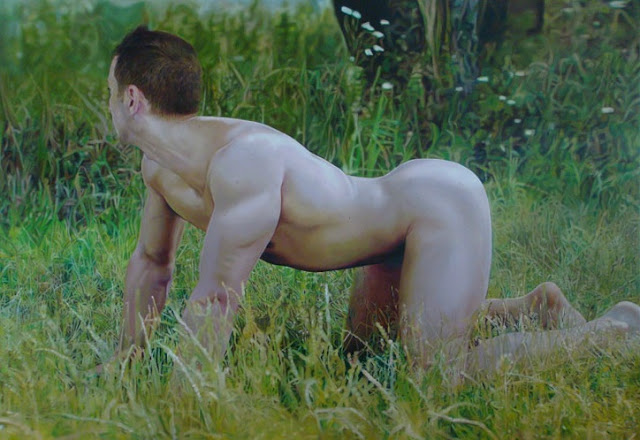 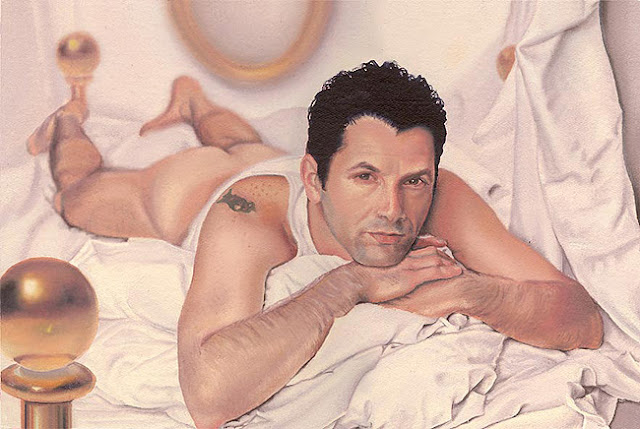