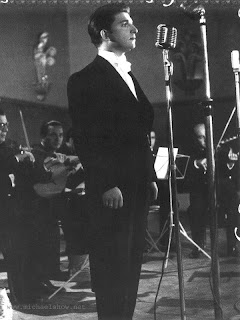 Zeki Müren (1931-1996) was the most famous twentieth-century singer in all Turkish-speaking countries. He was never surpassed in performing a very difficult form of Turkish classical music that originated in the Sultan's Court of the Ottoman Empire.

In his early years he became a popular movie star, branching out into Arabesk (a Turkish musical genre), popular music and even composition – he penned more than 300 songs, many of them written for use in his films. A true polymath, Zeki also achieved success in poetry and design.

His recordings and televised performances made him a cult figure of almost mythical status, held as dear to the hearts of the Turkish people as Frank Sinatra in the U.S. and Europe. And, just like Sinatra, Müren’s recordings, issued over a 40-year span (1951-1991), are still heard today in all Turkish-speaking countries. Five wildly popular compilation albums have been released since his death, which resulted from a string of health complications and massive weight gain.

Although Zeki was a homosexual who always lived his life according to his own terms, it is astonishing that as Müren became more flamboyant, sporting heavy woman’s make-up, a bouffant hairdo. female dress and outsized jewelry, his popularity grew, along with record sales. His stage persona was as over-the-top as Liberace – in drag. He designed most of his outrageous costumes. It is difficult for us Westerners to comprehend that there was no public backlash, in light of Muslim countries’ unwavering intolerance of homosexuality. The last five years of his life, during which he was afflicted with health issues, were spent in relative seclusion with his male partner. Even so, he made not infrequent "guest star" appearances.

Yet after his death backstage immediately following a live television performance in Izmir, it was revealed that Müren had left all his money to an Army Fund for disadvantaged soldiers and a foundation for education. His death caused the greatest public grief in years, and many thousands of Turks attended his funeral. Zeki Müren is revered to this day, having his own museum in Bodrum; his extravagant grave in his native city of Bursa had to be fortified by a heavy iron grill to prevent well-wishers from taking all the soil as souvenirs. 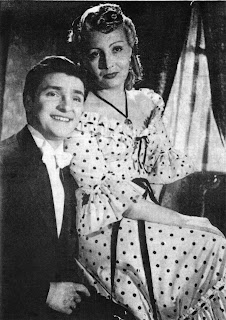 After early success in Bursa’s summer theatre, Zeki moved to Istanbul to pursue a singing career while still in his early teens. After studying at the Fine Arts Academy in Istanbul, he recorded his first single in 1951, at a time when he was already a regular singer on Istanbul radio. His first musical film co-starred Cahide Sonku (in polka dots at left), the greatest female Turkish movie star at the time. It was the first of Müren’s 18 consecutive films (1953-1971), all of which met with success.

To say that Muren's stage performances were novel and over-the-top extravagant is understatement. Müren was one of the first artists to use a catwalk stage in order to mingle with his audiences. Zeki was particularly popular with conservative housewives, who flocked to his sold out afternoon shows fashioned particularly for the entertainment of women. In fact, it was this dialogue with his fans, his manner of interacting and his flawless diction and pronunciation of the Turkish language that best explains his wide appeal. Through his recordings, "good Turkish" was brought to the masses, providing them with a free linguistic education alongside their musical entertainment. 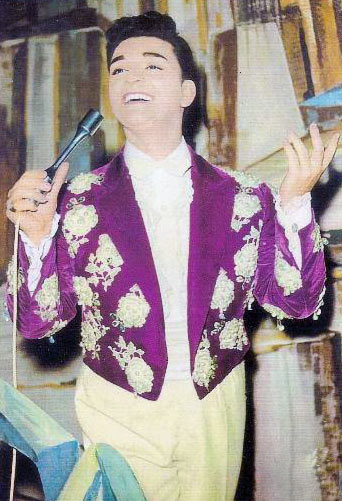 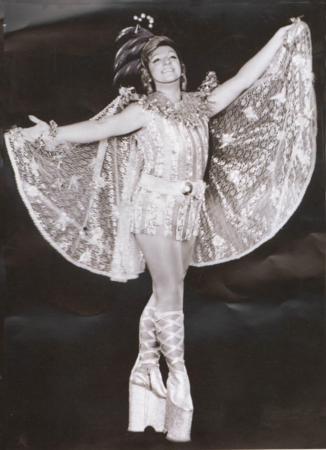 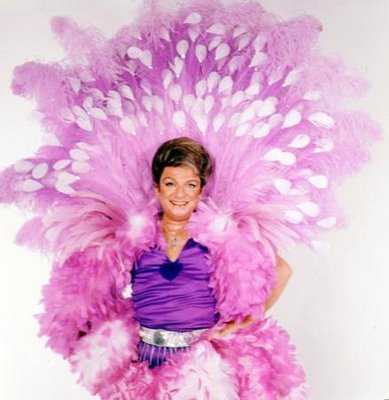 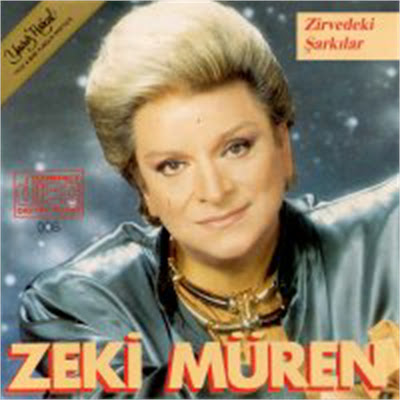