Note to readers: This is my 400th post! Unbelievable. 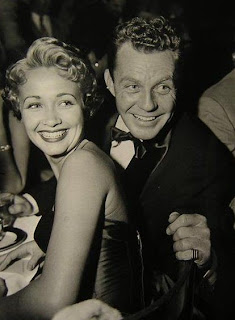 Art director, set designer and film producer Jacque* Mapes (1914-2002) and Ross Hunter (1920-1996) were a power couple during the Golden Age of Hollywood. Mapes is best remembered for creating the sets for Singin’ in the Rain (1952), and Hunter for producing many Rock Hudson and Doris Day films. Among Hunter’s first successes was Magnificent Obsession (1954), and his last major hit was Airport (1970), for which he received an Oscar nomination for Best Picture. Mapes and Hunter were frequently co-producers on the same film projects, thus sharing professional and private lives. Together they produced Thoroughly Modern Millie (1967) with Julie Andrews.

Mapes and Hunter met at a private Hollywood party during the 1940s. One of them was then Tyrone Powers' male lover, and the other was Errol Flynn's lover. Hunter later recalled, "I remember I was at the top of the stairs, and there stood Jacque. Our eyes met, and we left the party, dumped our famous boyfriends, and we've been together ever since."

Hunter, who died of cancer in 1996, enjoyed a twenty-year career as a Hollywood producer beginning in the 1950s. Born Martin Fuss, Hunter first aspired to become an actor, but never got beyond bit parts in B-movies. The switch to producer exposed his true talent. Mapes, however, began working as an RKO set decorator with the film The Hunchback of Notre Dame (1939), starring Charles Laughton. After a stint in the Navy during WWII, he returned to Hollywood, this time taking a job at MGM. Mapes and Hunter later enjoyed successful careers as TV producers and were life partners until their deaths.

Ross Hunter:
"The way life looks in my pictures is the way I want life to be. I don't want to hold a mirror up to life as it is. I just want to show the part which is attractive."

Photo below: Ross Hunter (right) on the set with Rock Hudson (Magnificent Obsession - 1954) 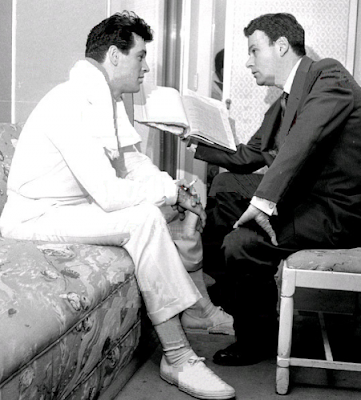