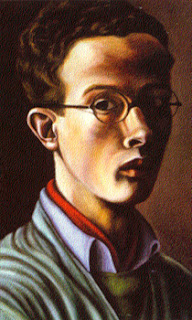 Ever feel as if you didn’t quite fit in as a child? Well, whatever your experience, your adolescence was likely not as colorful or “different” as that of Orvil Pym, a 15-year-old creative child who had lost his mother to a mysterious disease. The damaged lad wandered around the grounds of a hotel where he had been taken by his father to vacation with his older brothers. When he discovered an old book on physical culture and began working out to improve his body, he worried that he wasn’t sweating enough, so he locked himself into the bottom drawer of a dressing chest, fantasizing that he was in a sweat-box dungeon. Orvil instinctively welcomed the guilt of these thrilling, vaguely sexual yearnings, unable to understand his incipient homosexual fetishes. He knew he was not like other boys, but the allure of deviancy far outweighed any desire to fit in with his peers.

Orvil yearned to be butch. Endlessly experimenting with fashion and different looks, he painted the toes and heels of his white gym shoes black (in the manner of saddle shoes), hoping to appear daring and vulgar. While he left his hair “rough” and appeared in his new, supposedly masculine outfit, his brother humored him by saying, “My God, you look tough.” Orvil didn't understand that his brother was mocking him. But young Orvil couldn’t mask his feminine side. He had always been intrigued by perfume bottles and broken bits of china he found at thrift shops, and he would press his purchases into his side, giving in to the peculiar pleasure of a forbidden obsession.

It wasn’t easy being a creative child. Orvil, happiest when he was alone, felt the urge to create his own drama. When he sneaked into an empty ballroom at the hotel, the little master of masochism discovered a double bass enclosed in a case with a broken strap when he entered the musician's gallery. Suddenly inspired, Orvil ran to the cloakroom and locked himself in, stripped off his clothes, and started whipping himself with the strap. His brother caught him in full fantasy. “Christ! What are you doing?” he howled in utter amazement. "You’d be locked up if anyone else found you doing this sort of thing.” 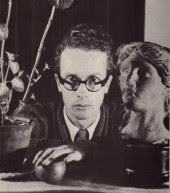 The Orvil described above was the main character in a book called “In Youth Is Pleasure” (1945), an autobiographical novel by Englishman Denton Welch (see his self portrait at the start of this post), who was born in Shanghai in 1915. He spent his earliest years there with his English father and American mother, who died in 1926. Welch, then 11 yeas old, was devastated. He suffered the double blow of losing a mother and being sent to be educated in England, which was such an unhappy experience that at the age of 16 he ran away from school.

Welch had better luck at Goldsmiths' School of Art. Intending a future as a painter, his life changed forever at age 20, when he was knocked off his bicycle by a woman driving a car and subsequently run over. The injuries to his spine and kidneys were severe, and he never fully recovered. He was in constant pain. His altered circumstances caused him to take up writing, and he is today best-known for his three semi-autobiographical novels, Maiden Voyage (1943), In Youth Is Pleasure (1945), and the posthumous A Voice Through a Cloud (1950). All three are suffused with nascent homosexuality. William Burroughs claimed that In Youth Is Pleasure was a major influence on his own work, and none other than E. M. Forster praised Welch's writing.

Welch met his companion and lover, Eric Oliver, in November 1943 while he was convalescing. Oliver was a farm-worker living nearby and was a regular visitor. He acted as nurse for Welch, then his secretary, and finally as his literary executor when Welch died at the age of 33 on December 30, 1948. Unfortunately, Oliver was given  to drinking binges lasting several days, during which time he would simply disappear to parts unknown. 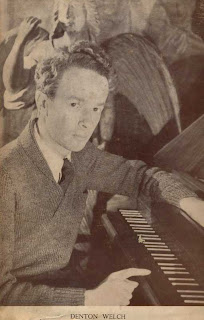 All his life Welch was open about his homosexuality, which was unusual, and even brave, at the time he lived. Welch's writings make clear what gay literature, and modern literature generally, lost when the accident that made him a fine writer finally claimed his life (spinal tuberculosis).

Maiden Voyage (1943), his first major work, was published under the patronage of Edith Sitwell. It is an account of Welch's sixteenth year, when he ran away from his English public school and was then sent to Shanghai to live with his father. The book created a sensation on publication in 1943; its frank and unflattering description of English public schoolboy life forced the book’s publisher to seek advice from libel lawyers. The narrator’s homosexual awakening is explored through masochism and voyeurism. Winston Churchill's private secretary gossiped in a letter that, "the book was reeking with homosexuality. I think I must get it."

William Burroughs said he directed students to the writing of Denton Welch when they complained that they had nothing to write about. Welch possessed uncanny powers of observation. His descriptions of ordinary things were exceptional, often over-the-top. He thus described a tray of pastries offered with afternoon tea (from In Youth Is Pleasure): "the phallic chocolate and coffee eclairs oozing fat worms of cream, the squares of sponge cake dressed with wicked green beauty spots of pistachio nuts." When young Orvil asked a fellow hotel guest if he could borrow his bicycle, the bicycle owner replied, " 'Oh yes, you can borrow it for as long as you like. I loathe riding it. The saddle seat seems designed especially to deprive one of one's manhood; but perhaps you won't mind that.' Orvil was too happy to be pricked into any retort by the intended insult. Orvil wished passionately that he had no body, so that these remarks could never be applied to him. He felt ashamed of being in a position to be deprived of his manhood."

You get the idea. New and used copies of Denton’s works are available from Amazon.com. 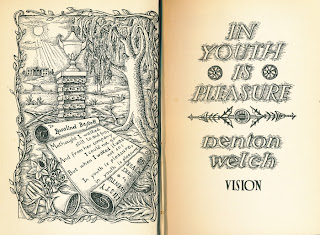 Welch's books were often embellished with his own dust wrappers, end paper designs and illustrations, generally of great (often Gothic) originality, thus combining his talents of art and writing. 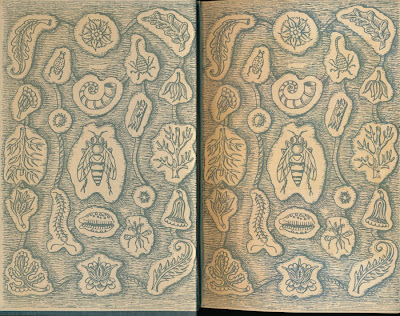 Photo below: Welch particularly enjoyed the time he invested in restoring an antique Doll House (circa 1783), now on permanent display in the Homes Gallery of the Museum of Childhood, Victoria and Albert Museum, London. 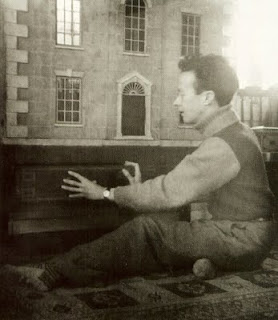 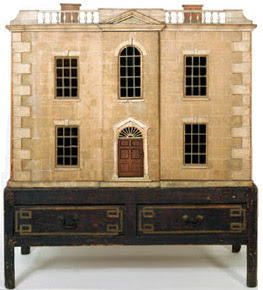 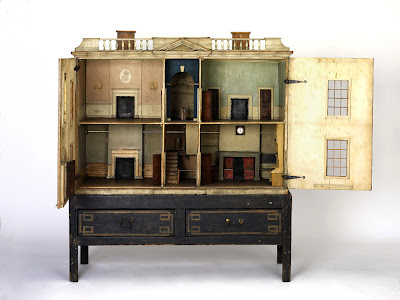