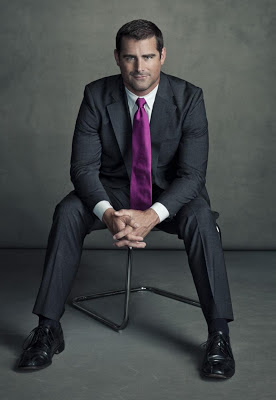 On June 27, out and proud Pennsylvania Rep. Brian Sims (182nd Dist.) joined Rep. Steve McCarter (D-154th Dist.) In stating that they would introduce a bill to allow Pennsylvania to join the 13 states and Washington, DC, that now have marriage equality (at present Pennsylvania and New Jersey are the only northeastern states that do not allow gay marriage). Anti-gay legislator Rep. Daryl Metcalfe sought to silence Sims on the House floor when Sims tried to speak about the Supreme Court decision on DOMA and Prop. 8. Metcalfe said Sims was acting in “open rebellion against what the word of God has said, what God has said, and just open rebellion against God’s law*.” Sims states that the bipartisan support he saw after that incident was encouraging. With the legislature now in recess, Sims and McCarter plan to introduced the marriage equality bill in early fall.

“I play the harmonica...I can walk on my hands, and I still hold Pennsylvania’s bench-press record. I pressed 500 pounds in college and every year I get a call from a school saying that somebody’s going to break my record, but so far they’ve all failed.”

*Note from your blogger: While I support Mr. Metcalfe’s right to his religious beliefs and opinions, shouldn’t this guy be at least familiar with the U.S. Constitution and its intentional separation of church and state in the First Amendment? As authors of the constitution, both James Madison and Thomas Jefferson wrote and spoke of the “total separation between church and state,” and their writings were used in the first legal test cases. As far back as 1797, the U.S. Senate ratified a treaty with Tripoli that stated in Article 11:

“As the Government of the United States of America is not, in any sense, founded on the Christian religion; as it has in itself no character of enmity against the laws, religion, or tranquillity, of Mussulmen (ed.: Muslims); and, as the said States never entered into any war, or act of hostility against any Mahometan (ed.: Muslim) nation, it is declared by the parties, that no pretext arising from religious opinions, shall ever produce an interruption of the harmony existing between the two countries.”

To this day I keep this quote stored on my cell phone, and I have cited it many times when conversing with ignorant right-wingers. I just ask if they are aware of the language of our nation's Treaty with Tripoli of 1797, then I whip out my phone and read it. Shuts them up every time. Just a suggestion.

It was not always so. Myself a native Virginian, I know from studying history that the official church of the State of Virginia was the Anglican Church, to which tithes had to be paid during the 17th and 18th centuries. Presbyterians, Baptists and so forth were allowed to gather for worship, so long as they continued to pay tithes in support of the Anglican Church. These tithes were suspended in 1776 and never restored, and today, of course, Virginia has no state religion.

That said, legislative and religious bodies continue to react to one another. Although I live in Virginia along the shores of the Potomac, I can see the great mass of National Cathedral from Lynn Street upon exiting my building’s parking lot. Situated high atop Mount St. Alban, the cathedral pealed its bells for an hour beginning at noon on June 26, celebrating the Supreme Court’s decisions on DOMA and Prop. 8. Take THAT, Rep. Metcalfe.