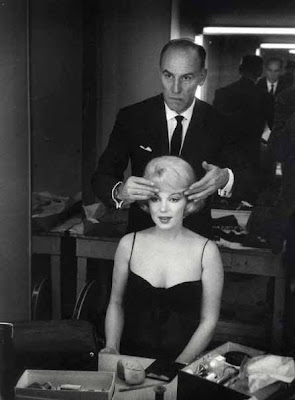 Hollywood hairstylist Sydney Guilaroff (1907-1997) was the chief stylist at Metro-Goldwyn-Mayer during the studio's golden years, from 1934 until the late 1970s, and he worked on over a thousand film and stage projects. Generally regarded as the greatest hair stylist in the history of Hollywood, he was the first ever hair stylist to receive movie credits.

Guilaroff (pronounced GHILL-er-ahf, with a hard “G”) was more than a stylist to the stars. He was the confidant summoned by Grace Kelly to Monaco to style her hair for her wedding to Prince Ranier, the man who sat with bed-ridden Joan Crawford the night she won an Oscar for ''Mildred Pierce'', the ''surrogate father'' to whom Elizabeth Taylor turned for comfort when her husband Mike Todd was killed in a plane crash, and the friend a distraught Marilyn Monroe called the night she died in August 1962 (he was one of the pallbearers at her subsequent funeral).

An elegant and charming man, he was also extremely popular with those stars, not least because of his reputation for discretion. In a position where he became privy to gossip and private facts, he could be relied upon to maintain confidentiality. "Sydney knew everyone and all their secrets," said Debbie Reynolds, "and was totally trustworthy."

Born in London to Jewish Russian immigrants, his family later settled in Canada. At age 14 he left Montreal to take a job as a beautician’s assistant in New York City, sweeping the floor of the salon. Two years later he was so adept and creative at hair dressing that he had already established his own clientele.  By the age of 18 most of the salon’s customers were requesting his services.

Claudette Colbert discovered the 21-year-old ''Mr. Sydney'' in 1928 at Antoine's, an elegant Saks Fifth Avenue salon in Manhattan, and walked out with the bangs that would be her trademark for the rest of her life. Likewise, Sydney created the iconic bob hairstyle for Louise Brooks, which she retained throughout her career; a few months after he gave Brooks her signature haircut, he saw her a while later appearing in a film with his hairdo. It was the first time a film star had worn one of his creations on screen. Since Joan Crawford came to insist that he be her only hairdresser, she made the studio fly her to New York for a hair styling before she started each new film, MGM ultimately decided it was cheaper to relocate Sydney to Hollywood. Once working for the film industry, he became known as the man who transformed Lucille Ball from a blond to a redhead, and the bubble cut he created for Ingrid Berman in “For Whom the Bell Tolls” (1943) became a world-wide craze, copied by millions of women. He was able to keep the hairdos of Esther Williams intact while underwater by applying a touch of Vaseline.

Among his film projects were “The Wizard of Oz,” ''Ben-Hur,'' ''Quo Vadis,'' ''Camille,'' ''The Philadelphia Story,'' ''Some Like It Hot,'' ''Gentlemen Prefer Blondes,'' “The Misfits.” “Gone with the Wind,” “North by Northwest,” “The Women,” “Singin’ in the Rain,” “The Graduate”, “Rosemary’s Baby,” and what he called his greatest challenge, the 1938 production of ''Marie Antoinette,'' which required 2,000 court wigs (some with actual birds in cages), lesser wigs for 3,000 extras and Norma Shearer's monumental bejeweled and feathered artists' ball creation. For that project Sydney and costume designer Adrian traveled to Paris to research costumes and wigs during the time of Marie Antoinette. 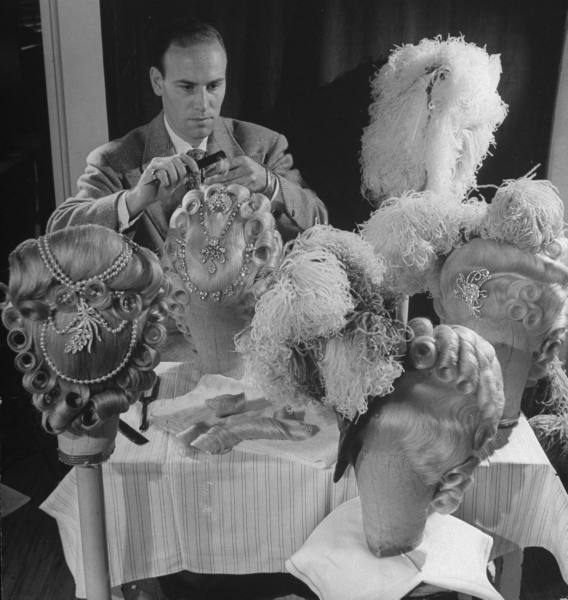 Incidental to his career was the fact that in 1938, Guilaroff became the first unmarried man in the U.S. allowed to adopt a child, a one-year-old boy named Jon. The adoption was opposed by the state of California, which took legal means to prevent it. Guilaroff, however, ultimately prevailed and subsequently went on to adopt another son, Eugene, and some years later a third son, who had been a former employee.

His memoir, ''Crowning Glories'' (1996), is filled with insider Hollywood tales and secrets. He claimed that Marilyn Monroe told him that she planned to reveal to the public her affair with Robert Kennedy. A rather tall tale he perpetrates is his attempt to fashion himself as a straight man who bedded or had relationships with many of Hollywood’s biggest female stars. In Hollywood, where image is everything, Sydney never wanted anyone to know that he was a homosexual or a Jew. However,  recently departer Esther Williams outed Guilaroff as a gay man (not bisexual) in her autobiography, and Scotty Bowers, in his tell-all memoir “Full Service,” also claimed to have had a homosexual relationship with Guilaroff. Sydney was so paranoid about his sexual orientation that he often passed off boyfriends as relatives.


After a 40-year career as a famous studio hairstylist, he began doing television and documentary work. Guilaroff died in Beverly Hills of pneumonia in 1997, six months shy of his 90th birthday.
Posted by Terry at 3:00 AM