Rob Halford (b. 1951) is an English-born heavy metal singer who is best known as the lead vocalist for the band Judas Priest. He is one of the pioneers of the operatic vocal style later to be adopted by power metal vocalists and regularly appears near the top in lists of the greatest rock vocalists/front-men of all time. Significantly, Halford came out in 1998, making him the first openly gay heavy metal musician. 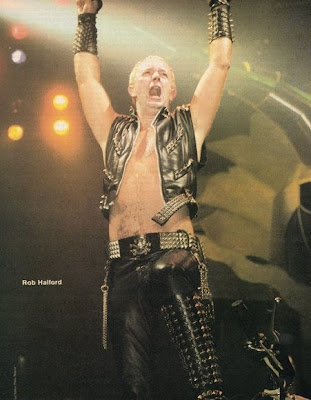 Judas Priest was formed in 1974, and their first album was released that same year. A dozen albums later the band changed its appearance and sound. In 1990, with the release of Painkiller, the band dropped its synthesizer sound, and Halford unveiled his new look: tattoos, a shaved head and studded leather biker/S&M outfits. He claimed that this was an attempt to find an outlet for the angst caused by his hidden sexuality, while giving him a professional reason to frequent S&M shops. No stranger to shock value, Halford was known to ride a motorcycle on stage and fire a machine gun into the crowds (loaded with blanks, of course).

He later confessed that hiding his sexuality during his career with Judas Priest caused him a lot of depression and isolation, leading to alcohol and drug abuse. His personal struggles are reflected in the gay and S&M themes of some Judas Priest songs, such as "Raw Deal" and "Pain and Pleasure".

In 1992 Halford and Judas Priest drummer Scott Travis left the band to form Fight, eventually moving on to other projects. By 2003 Halford had rejoined Judas Priest and participated in their around the world tour (2005) to celebrate the band’s 30th anniversary. In 2011 at age 60, Halford participated in what was billed as Judas Priest’s final tour. The band has sold more than 30 million albums and won numerous Grammy Awards along the way.

Halford has been clean and sober since successfully completing rehab in 1986 for a painkiller overdose. These days he resides in homes in Amsterdam, Phoenix, San Diego and his native England. Although he did not acquire a drivers license until he was 38 years old, he is an avid collector of classic cars, including a prized 1970s-era Aston Martin DBS.

Note: Thanks to blog reader André for suggesting a post on Mr. Halford. 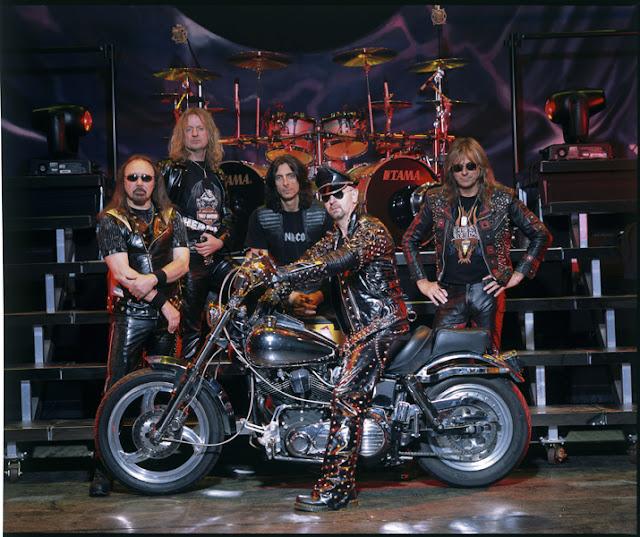