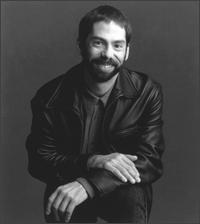 Fred Hersch (b. 1955 in Cincinnati, Ohio) is a well-known contemporary American jazz pianist and composer who ranks high on the international jazz scene. He is also openly gay and HIV positive. Hersch began his career in the jazz clubs in Cincinnati and later graduated from the New England Conservatory of Music in Boston. He moved to New York City in the late 1970s where he soon found a place playing with established artists such as Stan Getz, Joe Henderson and Art Farmer.

Hersch began recording his own records and composing music. Although Hersch plays in a number of different jazz instrumental combinations, he also performs as a solo pianist and accompanist to singers and instrumentalists. In 2006 he was invited by club owner Lorraine Gordon to perform the first-ever solo piano booking at the legendary Village Vanguard jazz club in New York City.

In 1986 Hersch was diagnosed with HIV. Since then, he has campaigned and performed for several AIDS-related charities and causes. Along with Gary Burton (vibes), Dave Koz (sax) and Andy Bey (singer/pianist), Hersch is one of the few openly gay jazz musicians performing today.

For first timers who are distracted by Hersch’s quirky keyboard mannerisms, turn your monitor off and just have a listen to this solo piano performance. Simply beyond brilliant.


Every time I perform a Fred Hersch piece in public, there are always fresh converts to his compositions. This video below explains why. Superb, original and accessible.

The Gramercy Trio (violinist Sharan Leventhal, pianist Randall Hodgkinson, cellist Jonathan Miller) play “Lyric Piece” by Fred Hersch. The work was written for the Gramercy Trio in 2004. This video recording was made in concert at the Brooklyn-Queens Conservatory on May 31, 2008.
Link to Part II: www.youtube.com/watch?v=MMUvqGzRUDk
Posted by Terry at 1:30 PM