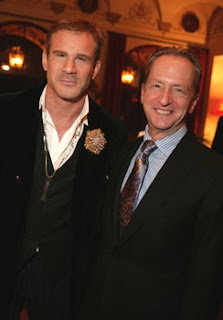 Chicago-born David Bohnett is a billionaire philanthropist and technology entrepreneur. He is Chairman of the David Bohnett Foundation, a non-profit, grant-making organization with the goal of improving society through social activism. In 1994 he co-founded GeoCities, an Internet-based media and e-commerce company, subsequently acquired by Yahoo! in a $3.9 billion stock deal. Bohnett, 55, is chief executive of OVGuide.com, an Internet directory and search engine (funded by his venture firm), and is active in causes supporting AIDS research and the arts.

He pioneered and championed the concept of providing free home pages to everyone on the web and was involved with diverse web ventures, including NetZero, PlanetOut Inc., Stamps.com, LowerMyBills, Gamesville, MediaVast, and Xdrive. In 1998 he funded the creation of the CyberCenter, at the Los Angeles Gay and Lesbian Center, for educational research opportunities to the local gay and lesbian community via the Internet. He also sits on the boards of several civic, philanthropic, and privately held ventures. Bohnett has also been a trustee of the Los Angeles County Museum and has served on the board of the Los Angeles Philharmonic, where he was involved in the recruiting and hiring of conductor Gustavo Dudamel. Here he is shown with one of the Los Angeles youth orchestras he supports. 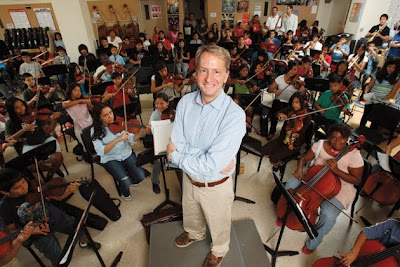 Beginning in 1983 Bohnett was in a relationship with Los Angeles Municipal Court judge and AIDS activist Rand Schrader until Schrader's death in 1993. Bohnett was Schrader's life insurance beneficiary, and he used the funds to create Beverly Hills Internet, which was the precursor to GeoCities.

Until late 2010 Bohnett and his current partner Tom Gregory, owned a Beverly Hills house built for screen legend Gary Cooper in 1955. They acquired it in 1998, handsomely restored the A. Quincy Jones designed residence, bought the lot next door for added privacy, then sold both parcels for $15.5 million in 2010. They used the home for entertaining and fund raising events. Less than a mile away they resided in a 9,000 sq. ft. 1940s era Beverly Hills estate on Roxbury Drive, acquired in 2004 and sold for $23 million nine months ago. The house was across the street from homes formerly owned by Jack Benny and Lucille Ball. During the six years they owned both homes, they referred to the Gary Cooper house as their “country house” and the Roxbury Dr. residence as their “city house.” Two multi-million dollar homes a mile apart. Sweet. The couple also maintain a condo on Chicago’s Lake Shore Drive, a New York City pied-a-terre at the Sherry Netherland on Fifth Avenue, and a $12 million house in the Hamptons.

Gregory and President Obama flank Bohnett in this recent photo: 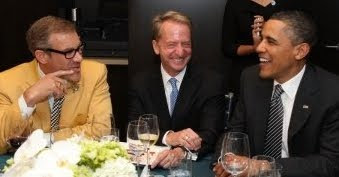 Tom Gregory, noted columnist, radio and television personality, is the owner of the auctioned pair of cowboy shirts worn by Heath Ledger and Jake Gyllenhaal in the film Brokeback Mountain. Gregory bid $101,100.51 for the shirts on a 2006 Internet auction. The shirts were put up for sale by Focus Features, the distributors of Brokeback Mountain, with the winnings being donated to Variety, a charity for under-privileged Californian children. Gregory calls the shirts the “ruby slippers of our time.” The shirts were expected to sell for around $50,000, but ended up going for twice as much when Gregory placed the winning bid just 28 seconds before the auction’s end. At the film’s emotional conclusion, Ennis embraces the entwined shirts as a symbol of loss of his and Jack's enduring love for each other. 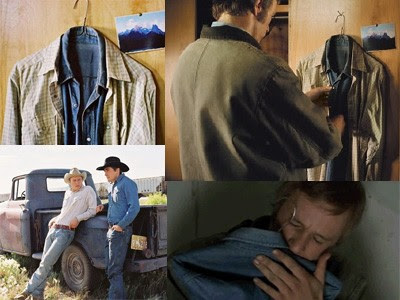 Since 2009 the shirts have been on display at LA’s Autry National Center in Griffith Park, across from the zoo. The Autry, which celebrates the diversity and history of the American West, is named after Gene Autry (1907-1998), the singing cowboy, who dedicated the museum in 1988. The Museum of the American West in Griffith Park was founded as the Gene Autry Western Heritage Museum, featuring much of his collection of Western art and memorabilia. The Autry is the first major American museum to recognize the contributions of the LGBT community to the American West in a series of programs called Out West at the Autry.

www.theautry.org
Posted by Terry at 6:00 PM