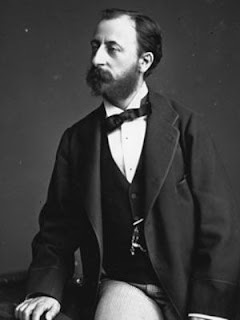 NOTE: Your blogger recently performed an organ work by Saint-Saëns, so this post has been expanded and updated.

When his father died when he was only three months old, Charles-Camille Saint-Saëns was raised by his mother in Paris and continued to live with her until her death. He became one of the world’s most famous composers in his day, and he was a homosexual possessed of a complicated private life, which often revealed his dark side.

Saint-Saëns was a child prodigy (on the level of Mozart), and made his debut as a concert pianist in 1846, before his eleventh birthday. As an encore, Saint-Saëns offered to play any of Beethoven's 32 piano sonatas from memory. Word of this incredible experience spread across Europe and as far as the United States, where it was mentioned in an article in a Boston newspaper. Having all 32 of Beethoven’s sonatas in ones fingers, ready for concert performance, was an unheard-of feat (then as now), all the more astonishing when offered by a ten year old.

By the age of 13, Saint-Saëns was attending the Paris Conservatory. He soon gained recognition among his peers as an organ virtuoso, eventually attaining the highly coveted position of chief organist at the Madeleine Church in Paris, a post he held from 1858, at the age of 23, until he was 42 years old. His weekly organ improvisations captured the attention of all Paris. As a composer, he was highly versatile, writing operas, symphonies, concertos, much chamber music, masses and other choral works, songs and solo literature for organ and piano. His opera Samson et Dalila still ranks among the standard repertoire of opera houses all over the world. His music was wildly popular during his lifetime, and he was well-connected with other composers, particularly Hector Berlioz and Franz Liszt. Gabriel Fauré, who was Saint-Saëns's favorite pupil, soon became his closest friend. 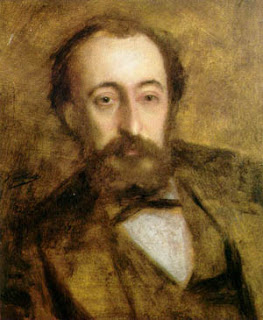 His now popular Le Carnaval des animaux (The Carnival of the Animals, 1886), for two pianos and orchestra, was intended as a private entertainment for friends, and Saint-Saëns forbade its public performance during his lifetime. The part of the narrator, now frequently included during performance, was added by others after his death. It is a little-known fact that Saint-Saëns had the distinction of being the first noted composer to write a musical score for a motion picture, The Assassination of the Duke of Guise (L'assassinat du duc de Guise, 1908), featuring actors of the Comédie Française in Paris.

Once called a second Mozart, Saint-Saëns soon made many enemies, who were envious of his stellar success and disdainful of his biting sarcasm. Later in life he was declared to be a “composer of bad music well written.” In old age he came to be mocked for his rabid conservatism, his dislike of modern music, the campaigns he mounted against French composers Claude Debussy and Cesar Franck, his shocked disapproval of Stravinsky's Rite of Spring (allegedly infuriated over what he considered the misuse of the bassoon in the ballet's opening bars) and his insistence, during World War I, that all German music be suppressed. He was never shy with opinion.

Saint-Saëns was a true polymath. In addition to conquering the world of music as composer, conductor, critic, teacher and concert organist and pianist, he excelled in the fields of geology, archaeology, botany, mathematics and lepidoptery. He held discussions with Europe's finest scientists and wrote scholarly articles on acoustics, occult sciences, ancient theatre decoration, and early musical instruments.  Saint-Saëns wrote a philosophical work that spoke of science and art replacing religion, and his pessimistic and atheistic ideas foreshadowed Existentialism. Other literary achievements included poetry and a successful farcical play. He was also a member of the Astronomical Society of France, giving lectures on mirages; he had a telescope made to his own specifications and planned concerts to correspond to astronomical events, such as solar eclipses. 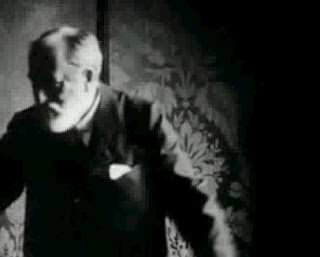 The private life of Camille Saint-Saëns was filled with turmoil. He was homosexual but realized how much marrying would bolster his reputation. Understandably, he showed little outward sign of wanting to marry. However in 1875, at the age of almost 40, he began an affair with nineteen year old Marie-Laure Truffot, which led to marriage. Immediately after their wedding, Saint-Saëns declared that he was too busy for a honeymoon and took Marie straight home to live with his mother. Thereafter the composer treated his wife with deep disdain, until the arrival of children brought out a more sympathetic side. But tragedy intervened when both children died within six weeks of each other in 1878. André, aged two, fell from a fourth floor window, and soon afterward his baby brother Jean became ill and died. Saint-Saëns blamed Marie for the children's deaths, and a short time later he walked out on her in the middle of a holiday trip. Though there was no divorce, Marie never saw him again.

Saint-Saëns was solitary and secretive, prone to disappearing for weeks at a time. He could also be a remarkable host, often entertaining friends lavishly at his Paris home, where his performances in drag were well-known among his circle, particularly his impersonation of Marguerite, the female soprano lead in Charles Gounod's opera Faust. He is reputed to have danced in ballerina tutus for the entertainment of fellow gay composer, Tchaikovsky.

After abandoning his wife, Saint-Saëns traveled extensively. He began spending winters in French-speaking Algeria, which became a favored holiday spot for European homosexuals who enjoyed the adolescent male companionship easily available there. He was quoted as saying, "I am not a homosexual, I am a pederast." Saint-Saëns died of pneumonia in Algiers, at the age of 86, on December 16, 1921.

Have a listen to his hugely popular orchestral work, Danse Macabre. I’m sure you’ll recognize it.

Trivia: Pianist Franz Liszt made an astonishing piano solo transcription of this piece. 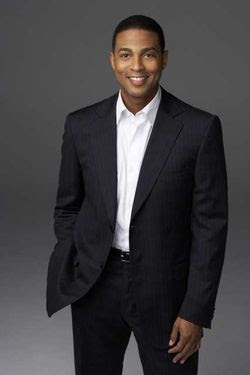 In 2009, Don Lemon (b. 1966) made Ebony magazine’s list of 150 Most Influential African-Americans. When he came out in 2011, the CNN news anchor jested that he was “a double minority,” being both black and gay. Born in Louisiana, Lemon found his first on-air work in Chicago as a co-anchor at NBC5 News and as a correspondent for The Today Show and The NBC Nightly News. Joining CNN as a reporter six years ago, he covered the 2008 presidential election and the accusations of child molestation against Bishop Eddie Long,  during which Lemon revealed that he himself had been molested as a child. As well, he hosted a panel on transgender representations on The Joy Behar Show.

Currently a network correspondent and weekend anchor for CNN Newsroom, Lemon has won the Edward R. Murrow Award for covering the Washington DC sniper’s capture. As well he won an Emmy Award for a special report on the real estate market in Chicago.

Lemon stands out for his willingness to challenge public figures and his own industry. He tackled his own demons in his memoir, Transparent (2011), revealing the difficulties of being both black and gay. In the book he discussed racism in the black community, homophobia, and the sexual abuse that he suffered as a child. Lemon also publicly condemned the “pray the gay away” therapy. 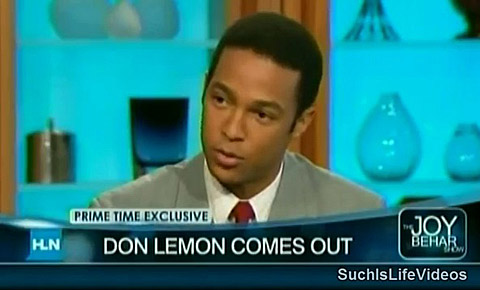 Lemon has become an eager spokesperson for the LGBT community, speaking at events for the Human Rights Campaign and GLAAD, and he has received honors from the Anti-Violence Project and the National Lesbian and Gay Journalism Association

“I abhor hypocrisy,” Lemon stated in a recent interview. “I think if you’re going to be in the news business and telling people the truth..., then you’ve got to be honest. You’ve got to have the same rules for yourself as you do for everyone else… I think it would be great if everybody could be out. I think if I had seen more people like me who are out and proud, it wouldn’t have taken me 45 years to say it.”
Posted by Terry at 5:53 PM 1 comment: 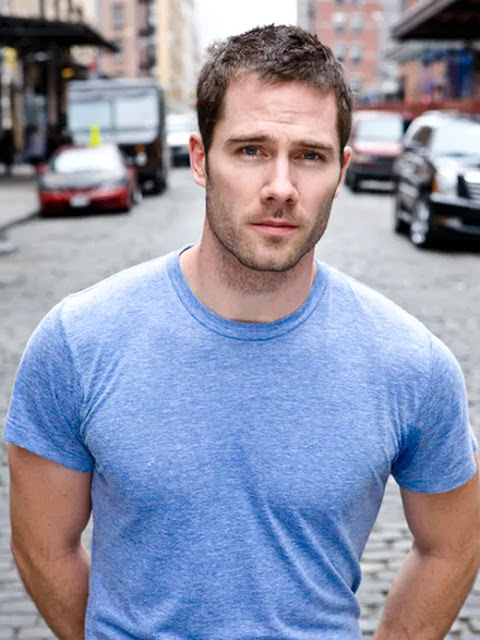 Update October 2022: 42-year-old Canadian actor Luke Macfarlane (b. 1980), is starring in the movie "Bros", a gay rom-com that is playing to many. many empty seats in theaters nationwide. Your blogger has seen it, and the problem is not the cast. The problem is the script. As a surprise to no one, straight audiences do not want to see a movie in which Mr. MacFarlane's purported love interest is a bitchy, pushy uber-queer.

All that off toward one side, Mr. MacFarlane is perhaps best known for his portrayal of a gay man on ABC’s TV series Brothers & Sisters (2006-2011), is out in real life. The actor, in the role of Scotty Wandell on the drama, went public with his sexual orientation in 2008 in a newspaper interview in which he revealed that his family and friends were all aware of his sexual orientation.

He said, “There is this desire in L.A. to wonder about who you are, and what’s been blaring for me for the last three years is how I can be most authentic to myself, so this is the first time I am speaking about (my sexual orientation) in this way.”

In a May 2008 episode of Brothers & Sisters (photo and video clip below), McFarlane’s character wed his gay lover, Kevin Walker (played by straight Welsh actor Matthew Rhys), and he hoped the plot would help viewers overcome anti-gay prejudices.

Macfarlane adds, “We’re saying that this can be part of the cultural fabric now, because it was two series regulars, two people whom you invited into your home and saw every week.” The popular and highly praised Brothers & Sisters television series (2006-2011) won four GLAAD Media Awards for Outstanding Drama Series. Veteran actress Sally Field, who headed the ensemble cast, won a Primetime Emmy Award and a Screen Actors Guild Award for her portrayal as the matriarch of the Walker family. 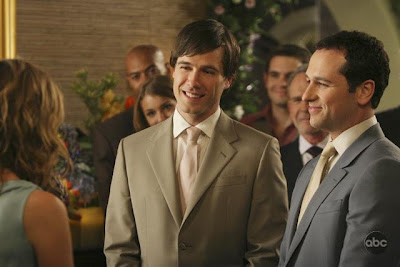 Macfarlane, also a classical cellist and trumpeter, was the lead singer and songwriter for the band Fellow Nameless, which produced an underground album.


As well, Luke has enjoyed both stage and film careers since 2003. Although he appeared in the acclaimed 2011 Broadway premiere of Larry Kramer's The Normal Heart, he has been most active in television productions. Since 2014 he has made prominent appearances in The Night Shift (NBC), Killjoys (SyFy) and Mercy Street (PBS), as well as thirteen Hallmark Channel movies (not a typo). In the near future is a major role in "Platonic" an Apple TV+ comedy series (10 half-hour episodes ordered so far). 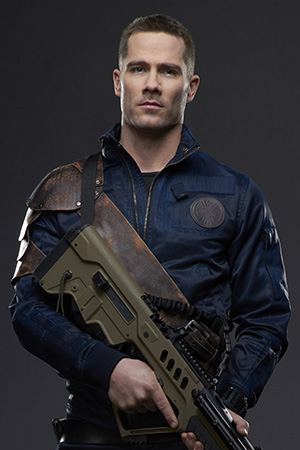