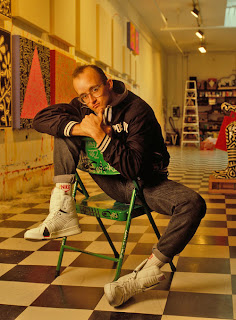 Pop culture artist Keith Haring (1958-1990), was a gay man whose simplistic images were influenced by New York City graffiti artists. His art had a strong graphic quality, with figures or objects drawn in outline form with rays emanating from them – instantly recognizable the world over. Unfortunately, his short life was halted by AIDS, and he succumbed to the disease at the age of thirty-one.

Keith Allen Haring was born in Reading, Pennsylvania, and he was raised in a nearby rural farming community. He showed artistic promise from his childhood years, when he was an avid drawer of cartoons. As a teenager he became aware of Andy Warhol’s work and was fascinated by the prospect of mass-produced pop art that celebrated common objects. He moved to Pittsburgh after graduating from high school and it was there that he realized his homosexuality and art were interconnected, prompting a move to NYC, the center of both the art world and gay culture. 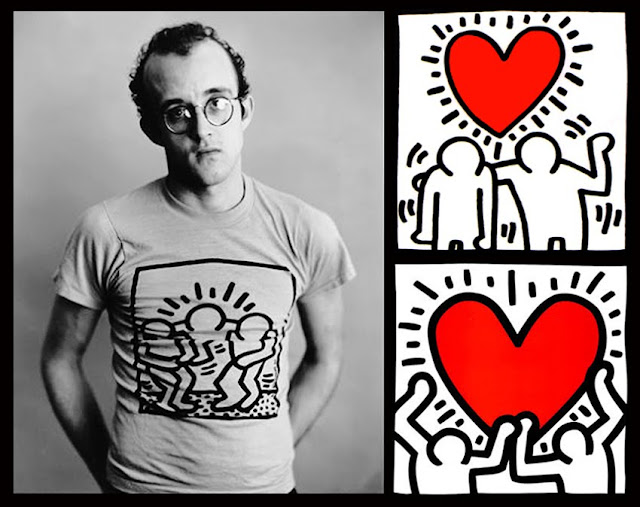 In the early 1980s he began creating his iconic graffiti drawings in the city’s subways. Haring worked at the Tony Shafrazi gallery, and in 1982 his employer launched his first major show, in which many of the works displayed homoerotic content. His images, bereft of detail, were ideal for social awareness campaigns, and his designs were soon used for UNICEF causes, AIDS prevention, literacy campaigns and even to fight apartheid in South Africa.

Within five years of his arrival in NYC, Haring’s popularity and unique artistic expression made him a rich man and a cultural celebrity. Madonna, one of his biggest fans, explained that Haring’s art had such a vast appeal because, "there was a lot of innocence and joy that was coupled with a brutal awareness of the world."

Among his projects included a mural created for the 100th anniversary of the Statue of Liberty in 1986, on which Haring worked with 900 children,  a mural on the exterior of Necker Children’s Hospital in Paris, France in 1987, and a mural painted on the western side of the Berlin Wall three years before its fall. Haring also held drawing workshops for children in schools and museums in New York, Amsterdam, London, Tokyo and Bordeaux, and produced imagery for many literacy programs and other public service campaigns.

Influenced by Andy Warhols’ commercialism, Haring opened the Pop Shop in NYC’s SoHo neighborhood, where products bearing his images could reach a mass market. Responding to critics who said he had “sold out” his art, Haring explained that fine art was an expensive commodity beyond the reach of the middle class, and his retail outlet allowed ordinary people to own his work. More than twenty years after his death, the Pop Shop lives on and has expanded to encompass Internet operations. 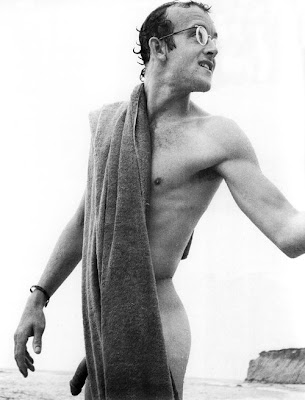 Portrait of Haring (at left) 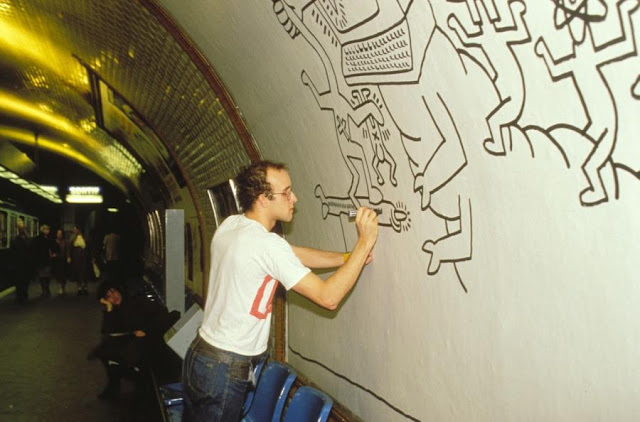 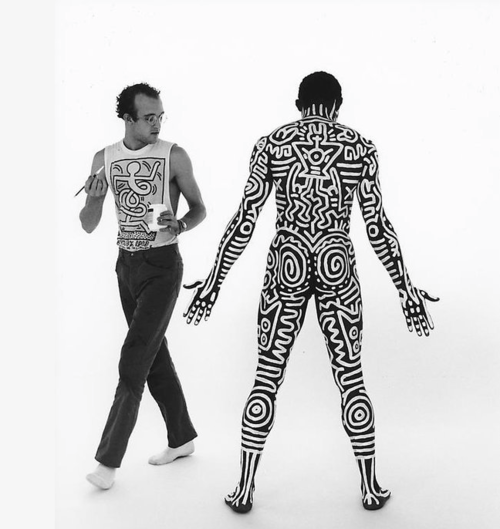