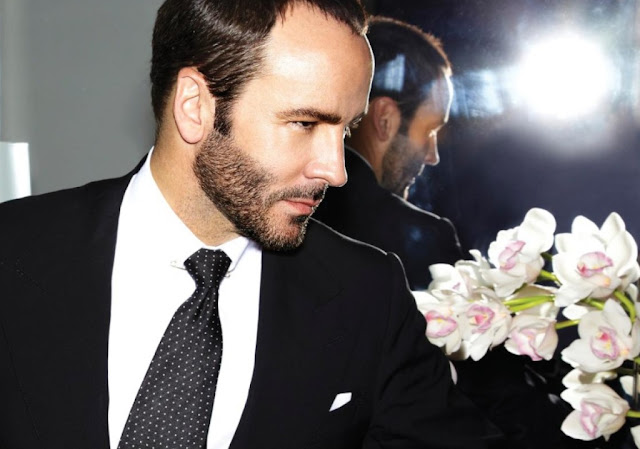 Self-made, fabulously successful fashion designer/film maker Tom Ford celebrates his 56th birthday today (born August 27, 1961 in Austin, TX). He grew up in Santa Fe, NM, but moved to NYC while in his late teens, ending up with a degree in architecture (!) from Parsons. Along the way he studied art history and fashion, taking breaks to act in television commercials, followed by a year and a half in Paris – with his eyes wide open.

Fast forward – following stints in major positions at iconic fashion houses such as Perry Ellis, Gucci and Yves Saint Laurent, he launched his own luxury brand in 2006, and sunglasses have never been the same. He designs for both men and women – clothing, shoes, bags, eyewear, fragrances, makeup – winning major awards while practicing his exacting craft. Responding to criticism that he objectified women, Ford stated he is an "equal opportunity objectifier" and is "just as happy to objectify men".

On the horizon was a whole other career as a film director, screenwriter and film producer. In 2009 he wrote, produced, financed and directed “A Single Man,” an adaptation of Christopher Isherwood’s 1964 novel. The film premiered at the Venice Film Festival and resulted in an  Academy Award nomination for Colin Firth as Best Actor. “Nocturnal Animals” followed in 2016, winning the Grand Jury Prize at the Venice Film Festival. This second film, written, co-produced and directed by Ford, is based on the Austin Wright novel, “Tony and Susan” (1993). Ford received Golden Globe nominations for Best Screenplay and Best Director.

Ford lives with his partner of more than 20 years, journalist Richard Buckley, with whom Ford shares homes in London, Los Angeles and Santa Fe. Last December the couple snagged the William Haines designed home of former socialite and philanthropist Betsy Bloomingdale, wife of the department store heir. The home is located in the exclusive Holmby Hills neighborhood of Los Angeles – with annual property taxes in the $350,000 range. Success comes with a price tag. 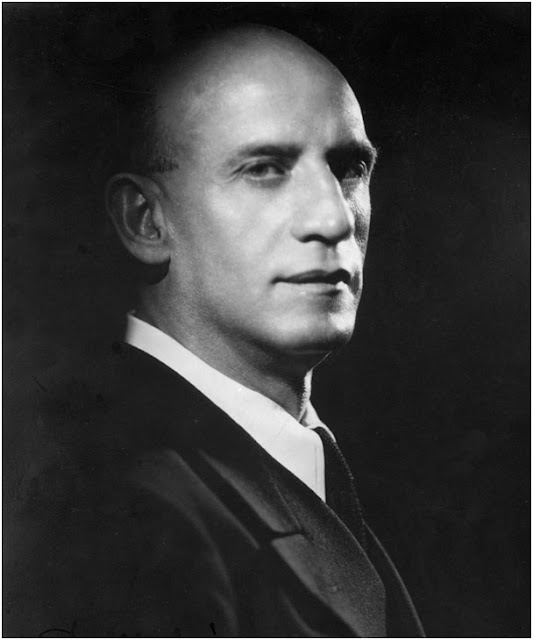 Greek-born orchestra conductor Dimitri Mitropoulos (1896-1960) had a distinct style while on the podium – he didn’t use a baton, he conducted without a printed musical score in front of him, and he displayed an intense, vigorous physicality (later mimicked by Leonard Bernstein and Gustavo Dudamel – all three of them criticized for it).

Born into a deeply religious family, he trained to be a monk, but abandoned that plan when he learned that the church would not allow him to keep a musical instrument in his cell. His musical career rose to the very heights of his profession, most notably as principal conductor of the Minneapolis Symphony Orchestra for twelve years, followed by his appointment to the New York Philharmonic in 1950, a position regarded as the most prestigious in classical music in the United States. A talented pianist and composer in his youth, Mitropoulos championed difficult, complex newly-composed music, but it was during the time of his studies in Berlin that he redirected his focus from performing and composing to conducting.

But for all his international success and acclaim, he was victimized for his homosexuality.  During the time that Mitropoulos and Bernstein were having an affair in NYC, Mitropoulos advised the much-younger Bernstein to get married if he wanted to better his chances at leading a major symphony orchestra. Bernstein, a gay man, took his advice and married an actress – and went on to succeed Mitropoulos as conductor of the New York Philharmonic.

Photo below: Mitropoulos as both soloist and conductor with the Minneapolis Symphony. 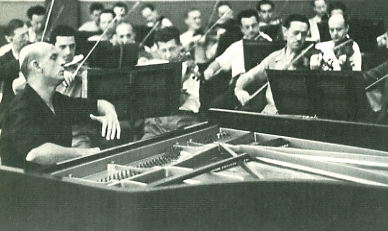 At the height of his success as conductor of the New York Philharmonic, Mitropoulos became the subject of rumor and innuendo spawned by the open secret of his homosexuality, and he became a victim of McCarthy-era homophobia. He invariably dodged questions about his bachelor status by claiming "I married my art." Fear of being outed publicly forced Mitropoulos to sublimate his sexual desires, and he claimed that music making was a substitute for his “unlived sex life.” 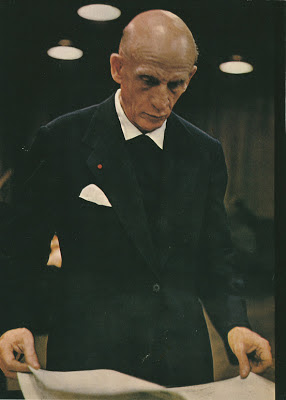 Mitropoulos always lived modestly, even while being one of the highest paid conductors in the country; he gave away most of his money to assist struggling musicians and orchestras. He was sweet natured and kind, showing great professional respect for his orchestra members, but he was criticized for that, as well.

As support for Mitropoulos waned in NYC, the NY Philharmonic board looked for a replacement that would epitomize the masculine, heterosexual ideal. Ironically, they settled on Leonard Bernstein and named him co-conductor with Mitropoulos for the 1957-58 NY Philharmonic season. Bernstein took over as sole musical director in the fall of 1958. Although Mitropoulos bowed out gracefully, championing Bernstein’s talent, the loss of that job created a wound from which he never fully recovered. During the last years of his life Mitropoulos toured the world as guest conductor of major orchestras, but he succumbed to a third and fatal heart attack in late 1960 while rehearsing Mahler's Third Symphony with the La Scala Opera Orchestra in Milan. He was sixty-four years old.

Note: principal sources for this post are Linda Rapp and Geoffrey Bateman.

This video gives an up-close view of his “baton-less” conducting style – excerpts from a rehearsal and performance with the New York Philharmonic.