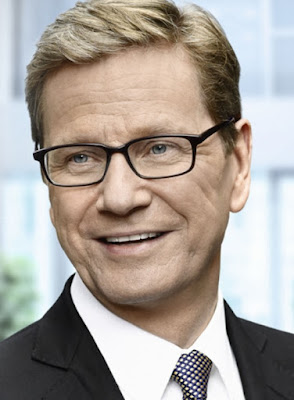 Germany's former Foreign Minister, Guido Westerwelle, died from leukemia last Friday at age 54. As vice chancellor (2009-2011) he was the first openly gay man to hold high office in Germany. He “came out” when he attended Angela Merkel’s 50th birthday party with his male partner, Michael Mronz. They entered into a civil partnership in 2010. In a recent statement on the Westerwelle Foundation website, the couple said they were "thankful for an unbelievably good time together. Love remains."

Westerwelle, a former chairman of the Free Democratic Party (FDP), saw his party form a coalition with Angela Merkel’s government. He went on to serve as a deputy in her cabinet. A lawyer by profession, Westerwelle was a member of the Bundestag (Germany’s parliament) from 1996-2013.

Among the controversies that peppered his political career, Westerwelle announced in 2010 that he would not be taking his civil partner Michael Mronz along with him to countries with anti-gay policies. Other official trips as foreign minister, however, included Mronz, who is an events manager.

Guido Westerwelle became ill with leukemia just months after leaving government in 2014. His last public appearance was in November, 2015, when he was promoting his book about his battle with acute blood cancer, “Between Two Lives.” 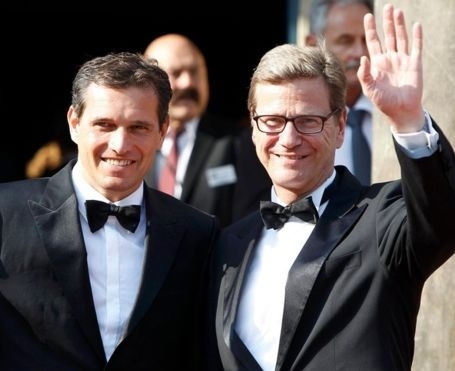