Last week openly gay Carl Austin-Behan was sworn in as the new Lord Mayor of Manchester, a city in northwest England. Manchester is the second most populous English city after London. Austin-Behan made history not only for being Manchester’s first openly gay Lord Mayor in the position’s 124-year history, but at 44 years old he is also the youngest. 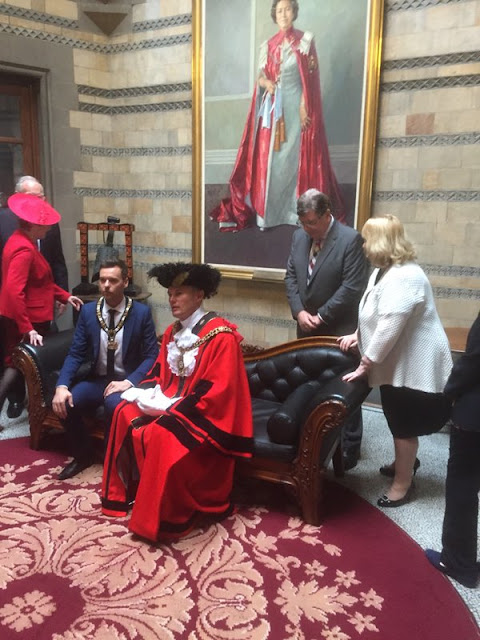 Carl Austin (he has used a hyphenated surname only since his marriage last year) had recently built a career as a Labour Party councillor on the Manchester City Council and was named earlier this year as that party’s choice to be the city’s new ceremonial Lord Mayor. Prior to entering politics, he had served as a firefighter in the Royal Air Force, from which he was discharged in 1997 for being homosexual (the discriminatory ban was lifted in 2000). Nevertheless, during his time in the RAF, Mr. Austin was awarded the Good Show Award for Bravery, The Royal Humane Society Bronze Award for rescuing a pilot from a burning Hawk Aircraft, and a special mention in the Queen’s Birthday Honours List (1996) with a Commander in Chief’s Commendation. After his discharge he entered the Greater Manchester Fire Service. Shortly thereafter he won the title of Mr. Gay UK in 2001 (photo below) during which time he was working as an events manager. 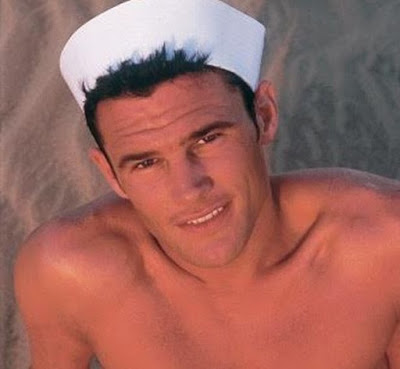 He told the Manchester Evening News: “I thought it was time we had an openly gay Lord Mayor. We have already had different races and cultures doing it, so this is a recognition of the LGBT community.” Manchester is known for its large gay population and social culture. The city has hosted an annual gay pride event since 1991.

Last year the new Lord Mayor married Simon Behan, his partner of 12 years, and they are currently in the process of seeking to adopt a child. Officially, Simon Austin-Behan is referred to as "The Lord Mayor's Consort." Carl told reporters that he will not be wearing the traditional uniform of black and grey trousers sported by previous Lord Mayors, and he commented that he has only one white shirt in his wardrobe. “I want people to feel like they can relate to the Lord Mayor.”

Note from your blogger: In the United Kingdom “Lord Mayor” is the title of the ceremonial mayor of a major city with special recognition bestowed by the sovereign, in this instance Queen Elizabeth. The proper style of address for the office is “The Right Worshipful the Lord Mayor of Manchester.” I kid you not.

For an extended bio, click on this link to visit the official web site of Manchester's Lord Mayor:

So there you have it.
Posted by Terry at 8:00 AM No comments: