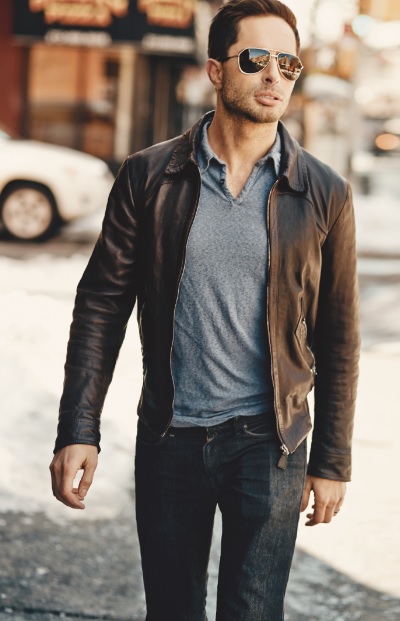 In 2004 he became a citizen of the United States, and in 2009 took dual citizenship with Israel. The following year he renounced his Russian citizenship as a protest against Russian homophobia and anti-Semitism.

In 2000 Lucas moved his Jewish grandparents to New York, and one of the first things he did was take them to see the giant menorah in Central Park, so that they could witness that it had not been vandalized. He wanted to share with them the unbelievable freedoms Americans have.

In 2008 he married his partner of eight years, Richard Winger, a businessman and president emeritus of New York’s LGBT Center. In 2014 Lucas announced that they had divorced.

As a columnist for Out, The Advocate, Huffington Post and Pink News, Michael’s reputation is controversial, and his writing is highly opinionated and outspoken. Speaking regularly at universities such as Stanford, Yale, and Oxford, he discusses social, political, and sexual issues. Lucas has been on the cover of hundreds of magazines worldwide and has been profiled in many mainstream publications ranging from New York magazine to The New Republic.

In 2012 he wrote, produced and directed a documentary titled Undressing Israel: Gay Men in the Promised Land, which extols the tolerance of the Israeli State. A second documentary was made in 2014, Campaign of Hate – Russia and Gay Propaganda. Both received critical acclaim and have been presented at numerous film festivals.

(Sources: MichaelLucas.com, vice.com, The Advocate, Wikipedia)
Posted by Terry at 7:19 PM No comments: 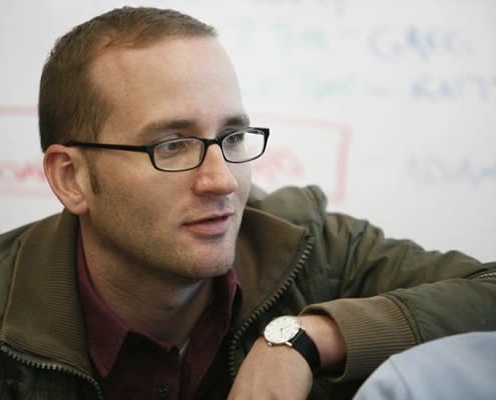 Since joining HRC as president in 2012, Griffin has steered the organization into a fervent era of the fight for equality. He spearheaded investment in the 2012 elections that enabled victories from coast to coast and led advocacy around the Supreme Court’s rulings striking down Proposition 8 (which in 2008 barred recognition of same-sex marriages in California) and the Defense of Marriage Act in 2013. He also sits on the board of Brad Pitt’s Make It Right Foundation New Orleans, which builds houses for those who lost their homes in Hurricane Katrina.

At age 19 Griffin became the youngest-ever member of a presidential staff while working for Bill Clinton. He dropped out of college to take the job. After leaving the White House, Griffin graduated from Georgetown University and went on to forge a career in political strategy. At a private dinner with LGBT donors in 2012, Griffin asked Joe Biden the question, “What do you feel about us?” The dinner was held at the home of a gay male couple and their two children, and  Biden answered, “I wish every American could see the look of love that those kids had in their eyes for you guys. Then they wouldn’t have any doubt what this is about.” President Obama announced his own support for same sex marriage a few days later, becoming the first sitting U.S. president to do so. 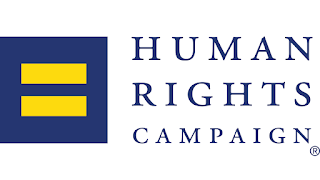 Griffin is passionate about extending HRC’s work to millions more, especially to young people in states like Arkansas, where Griffin (now age 43) was born and raised. He was named one of The Advocate’s people of the year, and has been regularly featured on Out magazine’s Out 100 and Power 50 lists of influential LGBTQ Americans. Recently, the Washington Post named Griffin one of the most influential out Washingtonians.