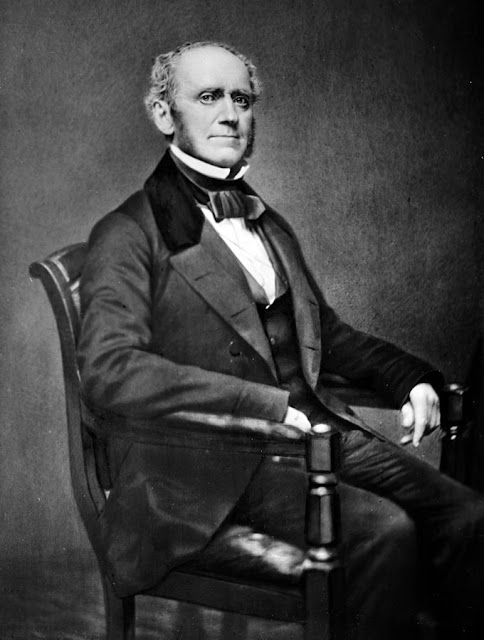 I just cracked open Adventures in Old New York* (Bowery Boys 2016), a birthday gift presented to me last month. There’s an entire chapter on Central Park, which I have visited too many times to count, but I didn’t know the quarter mile path bordered by huge American Elm trees that makes a straight shot north from the zoo to the Bethesda fountain and terrace is called The Mall**, and the southern part of it is known as Literary Walk. It’s here that our Bowery Boys make the gay connection. Literary honorees include Sir Walter Scott, Shakespeare and Robert Burns, but there’s also a statue of Fitz-Greene Halleck. Who? Never heard of him.

Turns out Fitz-Greene Halleck (1790-1867) was a Connecticut-born writer of romantic and satirical poetry who was so popular that 10,000 rabid poetry fans joined President Rutherford Hayes and his entire cabinet for the dedication of his Literary Walk statue in 1877, marking the tenth anniversary of  the writer’s death. Imagine that today – 10,000 people attending the unveiling of a statue of a poet. Hard to believe, but at that time (pre-radio and TV) authors were the celebrities of American culture. Halleck enjoyed tremendous readership among the general public, even though his poems and essays were infused with homosexual themes. Considering late nineteenth-century mores, the celebrants likely played down the gay stuff.

Halleck was dubbed “the American Byron” during his lifetime. Edgar Allan Poe wrote, “No name in the American poetical world is more firmly established than that of Fitz-Greene Halleck.” Charles Dickens spoke fondly of Halleck, and Abraham Lincoln read his poems out loud to friends at the White House. Newspapers published his newly-minted poems all across America and Great Britain. These were extraordinary endorsements, considering that Halleck’s writings had “gay” written all over them. Not all criticism was positive. Mark Twain ridiculed Halleck and referred to him as "girl."

Fitz-Greene, also an essayist and noted Byron scholar, moved to NYC when he was twenty-one and found a job as personal secretary to John Jacob Astor. Halleck became one of the original trustees for the Astor Library, which later formed the nucleus of the New York Public Library (Fifth Ave. at 41st Street).

Halleck was love sick for a certain fellow poet Joseph Rodman Drake (1795-1820), who partnered with Halleck in writing The Croaker Papers, a satirical send up of New York society. Published anonymously and serialized in leading newspapers, these poems seemed to delight even their targets of derision, the upper crust of New York City. Both writers were members of the “Ugly Club”***, a club specifically for handsome young men. Drake played the flute and had a fine singing voice, and joined by Halleck’s recitations, the two would entertain the membership of The Ugly Club. The two soon became inseparable.

Drake’s relationship with Halleck was fictionalized in what many call America’s first gay novel, Bayard Taylor’s “Joseph and His Friend” (1870, three years after Halleck’s death). The book is addressed to “those who believe in the truth and tenderness of man’s love for man.” Taylor had known both men and even delivered a speech at the dedication of a Halleck statue in Connecticut, in addition to the one in Central Park. See sidebar for separate post on Bayard Taylor. 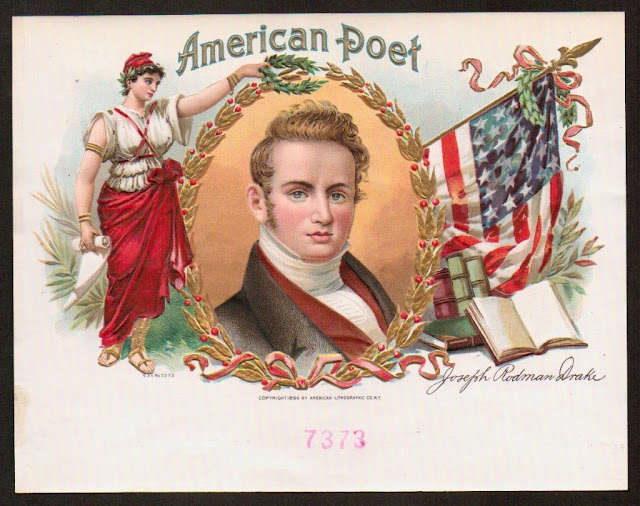 But Drake (pictured above, on a vintage cigar box label), who had studied medicine, was unable to delay his early death from tuberculosis, and Halleck mourned the loss for the rest of his life. When Drake died, his coffin was followed by thirty carriages, a fitting tribute to his enormous fame at the time.

Drake had married a year before his death, and Halleck reluctantly served as best man.

“I officiated as groomsman, though much against my will...He is perhaps the handsomest man in New York – a face like and angel, a form like an Apollo...I felt myself during the ceremony as committing a crime in aiding and assisting such a sacrifice.” While Drake was on his honeymoon, Halleck could not eat, sleep or work, and fell into a serious depression. Such was the extent of Halleck’s life-long obsession with Drake that in his will the poet asked for Drake’s body to be exhumed and buried next to him.

Halleck’s biographer described the poet’s last major work, “Young America,” as both a jaded critique of marriage and a pederastic boy-worship reminiscent of classical homosexuality. Halleck rhapsodizes over his fourteen-year-old male subject in salacious detail. 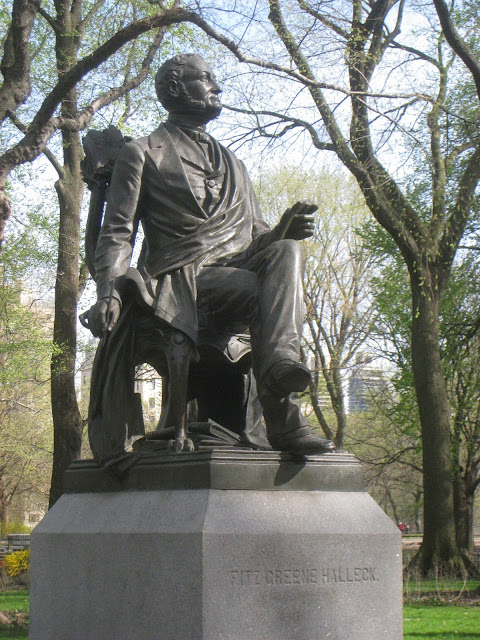 All of this was news to me. So a recent warm spring day found me strolling Central Park’s Literary Walk, where I located Halleck’s granite statue. There he sits, with legs crossed, for all eternity. According to the Bowery Boys, his was Central Park’s first statue of an American.

*528 pages of fascinating details of NYC’s history told in a way that never fails to captivate. The Bowery Boys are the transplanted midwestern guys – Greg Young and Tom Myers – who produce award-winning podcasts about NYC, their adoptive home.

**The mall is on the east side of the park, running roughly from 66th-72nd streets.


***The Ugly Club was exclusive to the point of secrecy. Membership was by invitation, and open only to the handsomest and most foppish young men in NYC. They held seances and all male balls and recruited members from “what the ladies call rather pretty” and the men called “models of manly beauty.” Even so, there is no evidence that it was an exclusively homosexual body.


Halleck’s poetry is breezy, charming and witty. One can understand his popularity among readers of the day in this excerpt from “Fanny”. What many readers missed, however, was that his poem was the vengeful response to the fact that Drake withdrew from their writing partnership upon  marriage. This poem rails against matrimony, suggesting that marriage should be for money (Fanny’s father was rich!), not love.

VIII
A decent kind of person; one whose head
Was not of brains particularly full;
It was not known that he had ever said
Anything worth repeating—’twas a dull,
Good, honest man—what Paulding’s muse would call
A “cabbage head”—but he excelled them all

IX
In that most noble of the sciences,
The art of making money; and he found
The zeal for quizzing him grew less and less,
As he grew richer; till upon the ground
Of Pearl-street, treading proudly in the might
And majesty of wealth, a sudden light

X
Flash’d like the midnight lightning on the eyes
Of all who knew him; brilliant traits of mind,
And genius, clear and countless as the dies
Upon the peacock’s plumage; taste refined,
Wisdom and wit, were his—perhaps much more.
’Twas strange they had not found it out before.

XXV
Dear to the exile is his native land,
In memory’s twilight beauty seen afar:
Dear to the broker is a note of hand,
Collaterally secured—the polar star
Is dear at midnight to the sailor’s eyes,
And dear are Bristed’s volumes at “half price;”

XXVI
But dearer far to me each fairy minute
Spent in that fond forgetfulness of grief;
There is an airy web of magic in it,
As in Othello’s pocket-handkerchief,
Veiling the wrinkles on the brow of sorrow,
The gathering gloom to-day, the thunder cloud to-morrow.

The American Byron: Homosexuality and the Fall of Fitz-Greene Halleck (2000), by John Hallock.

Wikipedia
Posted by Terry at 8:29 AM 2 comments: 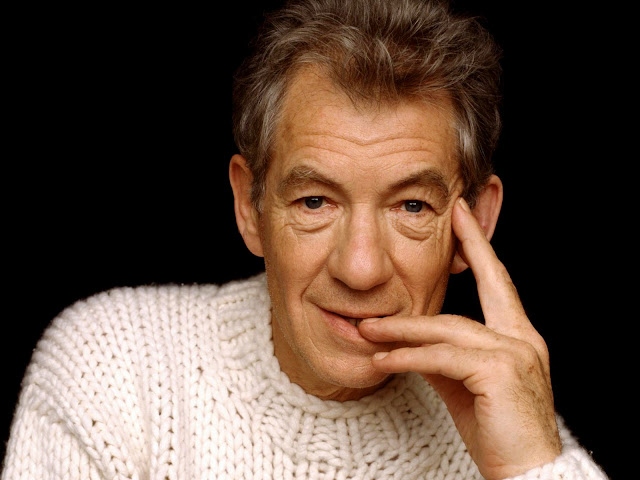 English born Sir Ian McKellen (b. 1939) is perhaps the most famous openly gay actor who has played more straight than gay characters. His work is known to generations of movie, TV and theater-goers. During the 1960s he began his career as a classical actor specializing in Shakespeare. Six decades later, he is playing King Lear during the 2017 season of the Chichester Festival Theatre.

Although he began a modest film career in 1969, it was not until he appeared in several Hollywood blockbusters that he was introduced to an entirely new generation of movie-goers. The X-Men (as Magneto) and Lord of the Rings (as Gandalf) franchises of the early 2000s and the more recent Hobbit films have brought world-wide fame and recognition. At present he can be seen in the live-action film version of Beauty and the Beast, in which he portrays Cogsworth. As well, his December 2016 London stage performance of Harold Pinter’s No Man’s Land with Patrick Stewart is being broadcast to movie theaters worldwide as part of the National Theatre Live Encore series. 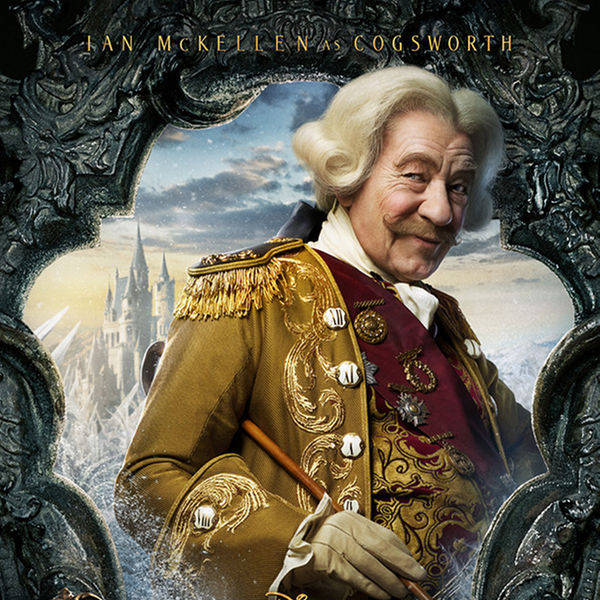 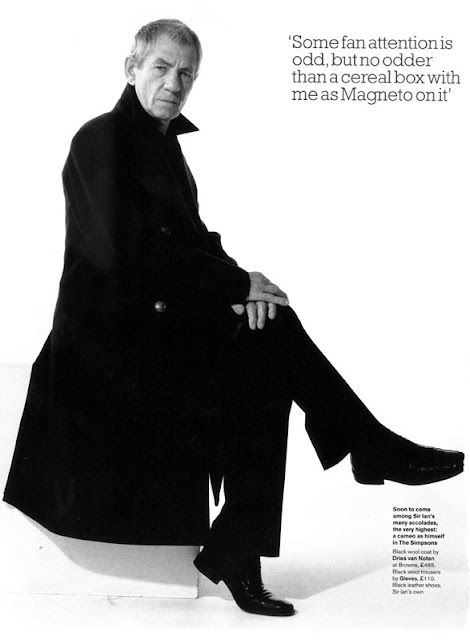 Sir Ian came out publicly on BBC television in 1988, just shy of his fiftieth birthday. Since then, he has been involved as an activist for multiple LBGT rights issues. He freely uses his name recognition to advance international causes that could use a boost.

McKellen was knighted twice. In 1991 he was appointed Commander of the Most Excellent Order of the British Empire (which granted him the use of the title “Sir”) and again in 2008 for services to the performing arts, becoming a part of the Order of the Companions as Companion of Honor (CH). 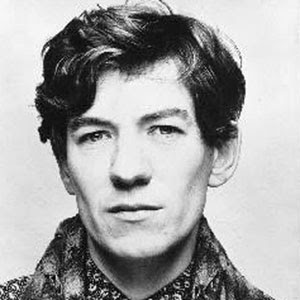 Mckellen.com
Sir Ian’s official web page, launched in 1997, contains an in-depth look at his enduring career. There are hundreds of photographs, both personal and professional biographies, essays and links to his blog and the many causes he champions.

He has received a Tony award, a Golden Globe award, a SAG award, two Oscar nominations, five Emmy Award nominations and four BAFTA nominations – as well as every major theatrical award in the UK.

McKellen’s performance as Gandalf the Grey in The Lord of the Rings: The Fellowship of the Ring brought him an Academy Award nomination for Best Supporting Actor and a Screen Actors Guild (SAG) Award. He received his first Academy Award nomination, for Best Actor, for his portrayal of gay film director James Whale, in Gods and Monsters (1998). McKellen starred as Richard III (1995) in his own screen-adaptation of Shakespeare's play, which he also produced. Other film credits include Six Degrees of Separation, Cold Comfort Farm, Bent and The Da Vinci Code.

McKellen has also been honored for his extensive television work, from the miniseries The Prisoner to his monumental performance in King Lear, from his reincarnation of Tsar Nicholas II in the tele-film Rasputin, to his classic guesting as himself in HBO's Extras. He co-starred with Derek Jacobi and Frances de la Tour in two seasons of ITV's series Vicious, which aired on PBS in the US. On the first night of Channel 4 in the UK, McKellen played a mentally handicapped man in Stephen Frears' Walter. He delighted everyone with his 10 episodes in Britain’s longest running soap, Coronation Street.

Sir Ian is also a co-founder of Stonewall UK, which lobbies for legal and social equality for gay people. 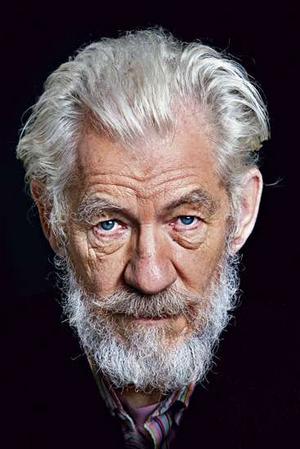