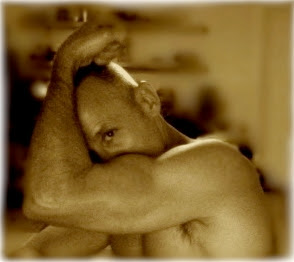 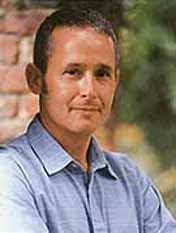 “Bill would open the door, smiling. I would step inside and throw down my duffel bag. Then he would take me in his arms and kiss me – for the first time, because we had never kissed. He would undress me, and when I was naked, he would push me to my knees. I would look up at his face, so happy to be back – he would take out his cock and tell me to suck it. I could close my eyes and see it. After such a long time apart, he would want to reclaim my ass. I could tell him, honestly, that no one else has had it, as I walked naked to his bed to lie face down, spreading my legs for his cock....

It wasn’t really Bill’s cock I was lusting for. It was Bill. His cock was just the part of him that he gave me to love.”

“It hovered over me, white and thick. It was perfect, like the rest of his body. Alabaster white and enormously thick, tapered slightly at the base. The head was huge. The skin was pearly white and translucent, as smooth as glass, showing deep blue veins within. The circumcision ring was almost unnoticeable, the color of cream. The shaft looked as hard as marble, but spongy and fat, as if it were covered by a sheath of rubbery flesh. I could feel its heat on my face.” 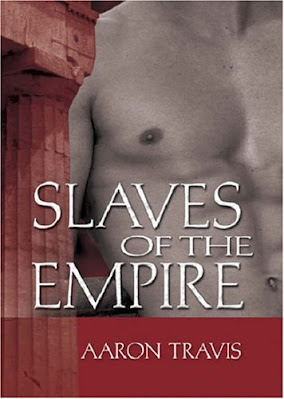 The Aaron Travis erotic novel “Slaves of the Empire” gave glimpses of his later (non-erotic) historical novels published under his own name. The best known of them is Saylor’s Roma Sub Rosa series of thirteen novels set in ancient Rome. The first was published in 1991, and the most recent in 2016. The hero is a detective named Gordianus the Finder, active during the time of Sulla, Cicero, Julius Caesar, and Cleopatra. He has also written two epic-length historical novels about the city of Rome: Roma (2007) and Empire (2010). These books have been published in 21 languages and have earned numerous awards, including Lambda Literary Awards, the Crime Writers of America Ellis Peters Historical Dagger Award, the Herodotus Award from the Historical Mystery Appreciation Society, and the Hammett Award of the International Association of Crime Writers.

Saylor has lived with fellow University of Texas student Richard Solomon since 1976; they registered as domestic partners in San Francisco in 1991 and later legally married in October, 2008. The couple shares residences in Berkeley, California, and Austin, Texas. 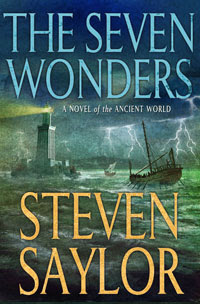 The Seven Wonders, a prequel to the Roma Sub Rosa series, dates from 2016. Synopsis: In the year 92 BC, Gordianus has just turned 18 and is about to embark on the adventure of a lifetime: a far-flung journey to see the Seven Wonders of the World. Gordianus is not yet called “the Finder” – but at each of the Wonders, the wide-eyed young Roman encounters a mystery to challenge his powers of deduction. Gordianus travels to the fabled cities of Greece and Asia Minor, then to Babylon and Egypt. He attends the Olympic Games, takes part in exotic festivals, and marvels at the most spectacular constructions ever devised by mankind – encountering murder, witchcraft, and ghostly hauntings along the way. 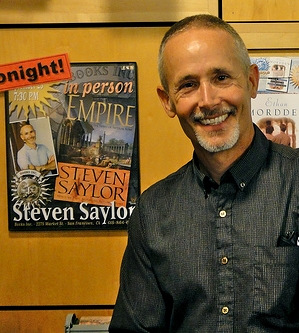 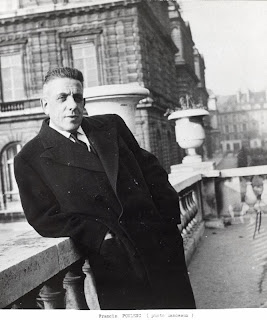 French composer Francis Poulenc, who engaged in a long string of homosexual relationships, was born January 7, 1899, into a wealthy Parisian family. In 1920 he became a member of a group of young composers dubbed “Les Six.” The others were Darius Milhaud, Arthur Honegger, Georges Auric, Germaine Tailleferre, and Louis Durey. Their music was a reaction against the music by the Impressionists (Debussy and Ravel) and late Romantics (Wagner, Puccini, etc.).

During the late 1920s Poulenc first acted on his homosexuality when he met painter Richard Chanlaire, who became his lover. Poulenc’s second lover, the bisexual Raymond Destouches, was a chauffeur and dedicatee of several of Poulenc’s compositions. Musicologists suggested that Poulenc considered gay sex impure and thus had a difficult time with making homosexuality his identity.

The success of his 1924 ballet score for Diaghilev’s “Les biches” (The Deer) led to the commissions of his Concerto for Two Pianos* (1932) and the Organ Concerto (1938), both commissioned by fabulously wealthy lesbian American expatriate Winnaretta Singer, known as Princesse Edmond de Polignac. The organ concerto was premiered in the music salon of her private home, which housed a pipe organ. Famed organist Maurice Duruflé was the soloist. 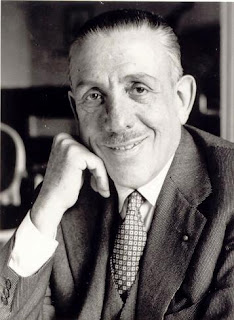 Poulenc would later have a brief affair with a woman known as Frédérique and have a daughter by her in 1946. They did not marry. In a tour of the United States Poulenc met a friendly gay couple, Arthur Gold and Robert Fizdale, accomplished duo pianists who commissioned the Sonata for Two Pianos (1953). Poulenc found tours difficult, because they separated him from Lucien Roubert, his lover who died of pleurisy in 1955, just after Poulenc completed his masterpiece, the opera “Les dialogues des Carmélites.” In 1957 he met his last significant lover, Louis Gautier, who helped to revive his spirits. In that year, Poulenc produced his Flute Sonata (middle mvt. in YouTube excerpt below).

Poulenc also composed a significant body of first-rate art songs, numbering more than 200; they remain staples of the genre.

Leonard Bernstein commissioned Poulenc to write "Sept répons des ténèbres" (1961) for the opening of the Philharmonic Hall (hence  known as Avery Fisher Hall, now David Geffen Hall since 2015) at Lincoln Center, NYC. Shortly thereafter Poulenc died of a heart attack on January 30, 1963. One of the most honored composers of his time, he left an enduring legacy.

Poulenc: A Biography by Roger Nichols

Poulenc: The Life in the Songs by Graham Johnson

*French conductor Georges Prêtre championed the works of Poulenc. I’ll never forget a performance in Paris (November 2004) of Poulenc’s Concerto for Two Pianos, selected by Prêtre to be performed on his 80th Birthday concert at the magnificently restored Art Deco masterpiece, the Théâtre des Champs-Elysées. Prêtre owns this piece. Here he conducts the Orchestra National de la RTF with the composer (piano on the left) and Jacques Février (piano on right) in the first movement of the concerto for two pianos.


Next: Poulenc at the piano with Jean-Pierre Rampal on flute (Rampal was the dedicatee). This middle movement of Poulenc's Flute Sonata (1957), marked Cantilena, is typical of his light, accessible style. This sonata has the honor of being the most often performed work in the entire repertoire of pieces written for flute and piano.