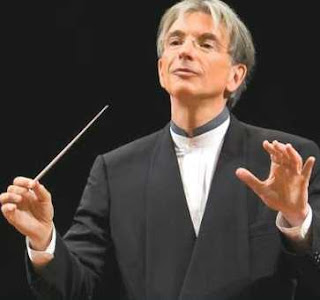 MTT will be one of five recipients of a Kennedy Center Honors Award to be broadcast December 15, 2019 at 8pm on CBS.

Michael Tilson Thomas (b. 1944) is an American conductor, composer, and pianist – and a gay man. A California native, he has been music director of the San Francisco Symphony Orchestra since 1995, and beginning this evening he will lead the orchestra in the opening performances of the orchestra's 100th anniversary season.

Tilson Thomas is the first conductor to achieve prominence without concealing his homosexuality. For more than thirty years he has been partnered with Joshua Robison, who shares Tilson Thomas's  Edwardian house in San Francisco and a 1925 pink stucco palace in Miami. He has pushed audiences to rethink the relationship between classical music and homosexuality by celebrating gay composers and commissioning works that explore the experiences of gay men and lesbians.

After winning the 1968 Koussevitzky Prize at Tanglewood, Tilson Thomas became the youngest assistant conductor in the history of the Boston Symphony Orchestra, when he garnered great critical praise by conducting the second half of the symphony’s 1969 New York concert after its musical director became ill.

From that point on, Tilson Thomas steadily rose in the world of classical music, serving as conductor of a number of prestigious orchestras. In 1987 he founded the New World Symphony, an orchestra academy in Miami Beach, which moved into its permanent new home designed by Frank Gehry for an inaugural concert on January 26, 2011. The academy prepares gifted graduates of distinguished music programs for leadership positions in orchestras and ensembles around the world (www.nws.edu). Notably, four of them have been hired by the San Francisco Symphony. 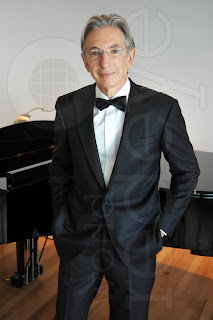 
In May 2001, Tilson Thomas conducted the premiere of Del Tredici’s “Gay Life,” a series of pieces he commissioned that explore the experiences of gay men in America, including the challenges that gay men have faced in their struggle to survive the AIDS epidemic. In addition, two of Tilson Thomas’ own compositions have added to the small but growing classical music repertoire focused on gay subjects. “Three Poems by Walt Whitman,” for baritone and orchestra, and “We Two Boys Together Clinging,” for baritone and piano, which use Whitman’s poetry to explore intimacy between men. 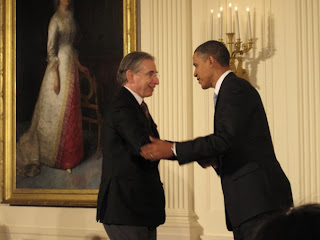 In February 25, 2010, President Obama presented Tilson Thomas with the National Medal of Arts, the nation’s highest award for artistic achievement.