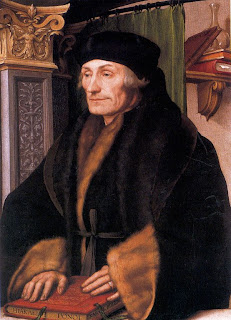 A popular European student exchange program, established in 1987, is named after him. The Erasmus Programme is a major European Union higher education initiative; there are currently more than 4,000 higher education institutions participating in 33 countries, and more than 2.2 million students have already taken part.
Posted by Terry at 2:36 AM