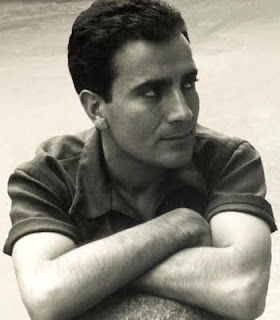 Argentinean writer Manuel Puig (1932-1990) was rescued from literary obscurity in 1985 when his novel Kiss of the Spider Woman (1976) was made into a sensational film starring William Hurt as a gay window dresser sharing a Buenos Aires jail cell with political prisoner Raul Julia. The two men, with nothing in common, develop a strong relationship through retelling romantic plots of old movies, and eventually they make love. Hurt won an Oscar for Best Actor (1986), marking the first time an Academy Award went to an actor in an openly gay role. A 1992 Broadway musical version of this same novel starred Chita Rivera. With music by Kander and Ebb, book by Terrence McNally and direction by Harold Prince, this production won the 1993 Tony Award for Best Musical. When Vanessa Williams replaced Chita Rivera, her performance was so strong that a second cast album was recorded, a Broadway rarity.

Although the film and musical brought him international fame, Puig thought the movie was far too conservative, failing to capture the spirt of the novel, and he declared the musical version a “massacre” of his novel, whose original Spanish language title is El Beso de la Mujer Araña. Puig hated Hurt’s film performance, and he snidely commented, “La Hurt is so bad she probably will win an Oscar” – and that’s exactly what came to pass.

Puig came to be a novelist after failed attempts at other careers. Born in Buenos Aires, he spent most of his life in exile, frustrated by lack of success in having film scripts produced or finding work as a director. He lived and worked in Italy, New York, Paris, Rio de Janeiro, Mexico City and Cuernavaca. Eventually he began writing for himself, composing an autobiographical text based on his childhood memories of the tales he had seen in the movie houses of General Villegas, a small town on the Argentine pampas, where he grew up. Over the years the text evolved into his first novel, ''Betrayed by Rita Hayworth'' (1968). 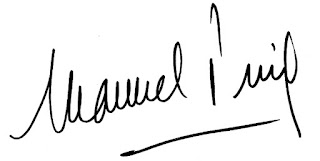 His eight novels found their inspiration in cheap romance novels, soap operas and melodramas, gossip columns and tabloid scandals. Perhaps the greatest influence on his literary work was the pseudo reality of the plots, characters and dreams of films, which provided a lifeline of escape during his formative years growing up on a ranch near Buenos Aires. A sensitive child, real life was a harsh, continual trial in a culture saturated with machismo and savage prejudices, and his homosexuality condemned him to hostility, violence and ridicule from classmates and acquaintances, not to mention contempt from his own family. He was assaulted at school when it was discovered that he liked to dress up as a girl, but he found solace by devoting most of his time, energy and imagination to the escapist world of movies.

Puig spent a lifetime looking for a partner, with no success. His romantic life was a series of one night stands or relationships that lasted a few weeks or months, at the most. When Yul Brynner (see post in sidebar) was in Paris making the film, Once More With Feeling, Puig was working as an assistant on the set in 1959. The two men had a brief sexual affair, and Puig bragged about Brynner’s generous endowment. Puig also has a sexual relationship with British stage and screen actor Stanley Baker.

Puig died in 1990, from complications from AIDS, according to his friend, the writer Jaime Manrique. Residing in Cuernavaca, Mexico, at the time, Puig was 57 years old when he died. Manrique relates that there was a cover-up about the cause of Puig’s death, which was officially listed as cardiac arrest following complications from gall bladder surgery.
Posted by Terry at 2:58 AM