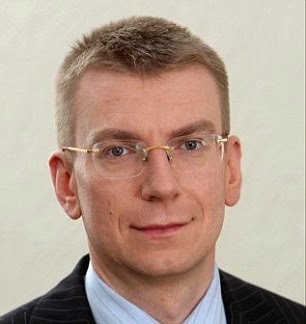 Latvia is set to assume the rotating presidency of the European Union on January 1, 2015, so this gives Mr. Rinkēvičs an ever higher profile platform for acceptance of homosexuals. He is one of Latvia’s most popular politicians and is a member of the ruling Unity political party. Latvia held elections in October, and Mr. Rinkēvičs’s post as Foreign Minister was just confirmed the day before his twitter reveal. He has served as Foreign Minister of Latvia since 2011.
Posted by Terry at 8:25 AM