Manuel María de Falla y Matheu was born into a prosperous family in Cádiz, Spain. His father was Valencian, his mother from Catalonia. Falla studied piano and composition with private tutors before entering the Real Conservatorio de Música in Madrid. His early compositions, written for small ensembles, were heavily influenced by Spanish folk music. He even wrote six zarzuelas (Spanish folk operettas). 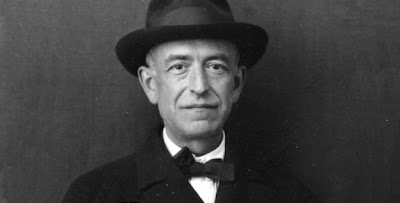 In 1907 Falla moved to France, where he was influenced by the impressionists, especially Debussy and Ravel. During this time, he composed the well-received Trois mélodies, based on texts by the homosexual poet Théophile Gautier. His first work of importance, the one-act opera La vida breve (The Brief Life, first  performed in 1913) was followed by the gypsy gitanería (ballet) El amor brujo (Love, the Magician, 1915) and the folk ballet El sombrero de tres picos (The Three-cornered Hat, 1919). The latter was written for Diaghilev’s Ballets Russes and premiered in London with sets and costumes by Pablo Picasso and choreography by Diaghilev’s gay lover at the time, Léonid Massine. Falla’s most ambitious symphonic concert work, Noches en los jardines de España (Nights in the Gardens of Spain), a nocturne for piano and orchestra, dates from 1916. This work, which became enormously popular, celebrates the bygone sensual and erotic atmosphere of Islamic Spain.

The cultural center of Cádiz, the port city where Falla was born, is today called Gran Teatro Falla, in his honor. It is a magnificent Moorish-revival concert hall (1910) facing Plaza Manuel de Falla. 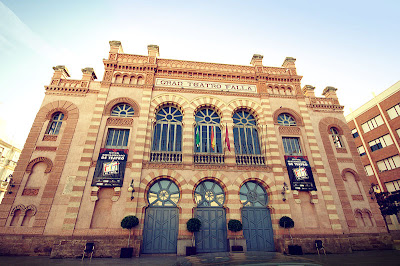 Significantly, the start of World War I forced his return to Spain. Soon after settling in Madrid, Falla met Federico García Lorca, the gay poet and a future collaborator, who was to become a close friend (see sidebar). In 1919 Falla moved to Granada for more peace and quiet to compose. During this time his home was a celebrated meeting place for Spanish gay intellectuals and artists. He and García Lorca worked on several collaborations, although only a few minor works resulted from their efforts.

Falla’s deep ascetic religiosity led him to be courted by Franco’s Nationalists, whom he saw as a check to the anti-religious sentiment of the Left. Falla was living with his sister when he was appointed President of the Institute of Spain by Franco in 1935. However, despite the high esteem he enjoyed in the eyes of Franco’s Nationalists, the composer was unable to prevent the 1936 execution of his friend and collaborator García Lorca, by then a successful homosexual poet with an international reputation. Falla, disillusioned by the homophobia of the Franco regime, dove even deeper into the closet and resigned his post in 1938. A year later he emigrated to Argentina, where he had been invited to conduct concerts at the Teatro Colón in Buenos Aires. Falla remained in Argentina, settling in Alta Gracia in the Sierra Córdoba region, where he was looked after by his sister until his death there in 1946. Franco's government offered him a large pension if he would return to Spain, but he refused. However, his image appeared on Spanish currency notes for many years.


By far the most recognizable Falla composition is Ritual Fire Dance, from El amor brujo (1915). First composed as a chamber piece, it is here played as a piano solo by Sebastien Koch.