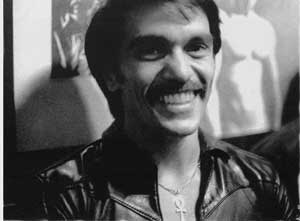 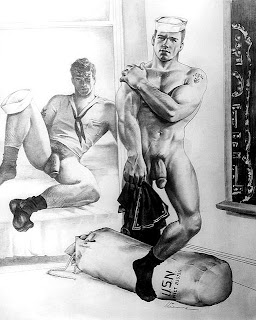 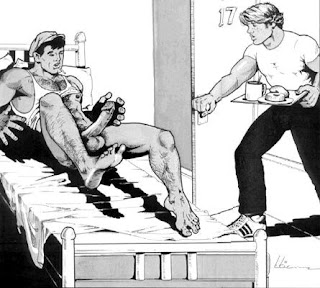 Dom was a brilliant illustrator of the gay leather underground, often compared to Tom of Finland, who became a good friend. Dom’s drawings and illustrated books are today highly collectible. Dom died of AIDS related causes in 1991. 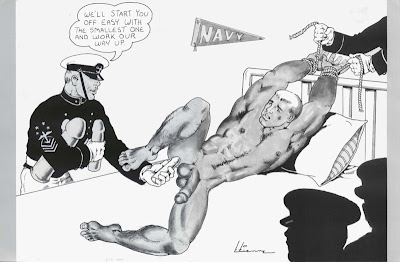 *Etienne is French for Stephen, Dom’s middle name; curiously, he did not use the requisite French accent on the initial “E” - Étienne. He used the pseudonym “Stephen” for his illustrated story books (basically gay comic books with a rough sex theme, as in the example above), “Dom” for his more serious oils, and “Etienne” for nearly everything else.

Oil painting by Etienne now on display at the Leather Archives & Museum in Chicago. 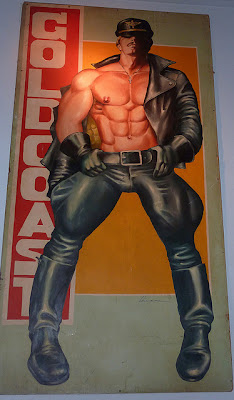 This mural was displayed at the Gold Coast at 2265 N. Lincoln Ave, Chicago. The murals in the first Gold Coast were actually painted on the walls of the bar, which opened in 1958, making Chicago the first city in the country to have a leather bar. When Chuck Renslow and Dom (Etienne) lost their lease, they had to remove the murals with paint remover or by painting over them. Some fine pieces were thus lost forever. When the Gold Coast moved, Chuck and Dom decided to paint the murals on 4'x8' panels, so if they ever had to move the bar again, they could save the artworks. This was fortunate, because the Gold Coast operated at five locations before closing in 1988.
Posted by Terry at 11:17 AM