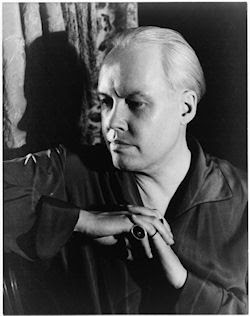 At the turn of the century Harlem was a mecca for Afro-Americans from all over the country. Nowhere else was there so large an area populated entirely by Blacks. A virtual city within a city, Harlem was populated by hordes of energetic, gifted youth. Writer/photographer Carl Van Vechten is credited with bringing the worlds of uptown Afro-American Harlem and downtown Whites together.

Following WW I, the Afro-American community countered Prohibition and White racism with self-conscious pride and militancy. Black soldiers had been treated with respect and near equality while serving in Europe, and those experiences influenced their expectations when they returned home. Participation in the war effort had given the Black community a sense of involvement in the American process that demanded participation in the mainstream of American life.

This rise of a proud Black identity coincided with a nationwide surge of White interest in Afro-American culture. They listened to the jazz of Duke Ellington, Fletcher Henderson and Fats Waller. The Charleston and the Black Bottom, dances previously limited to the jazz halls, became national crazes. Shuffle Along, an all-Black musical, was a smash success on Broadway. White authors and playwrights began to use race and racial prejudice as serious subject matter.

This vogue for the Negro manifested itself primarily in a huge influx of Whites infiltrating the Harlem's nightclubs. The Cotton Club was packed nightly with Whites drinking bootleg liquor while watching talented Black entertainers. A trip to Harlem represented an escape to an exotic community where the locals were uninhibited, passionate and demonstrative – all only a taxi ride away! 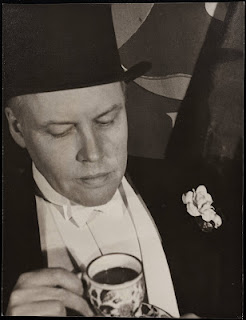 The person primarily responsible for this influx of White tourists to Harlem was the tall, blond author/photographer Carl "Carlo" Van Vechten (1880-1964). He was a witty, talented and bisexual man (twice married to women) who shamelessly engaged in homosexual activity. He had worked for years as a New York Times music and dance critic before achieving acclaim as an author, and his finger was on the pulse of all that was avant-garde, intellectual and artistic. He rediscovered Herman Melville and introduced Ronald Firbank and Gertrude Stein to American audiences (Van Vechten became Stein’s literary executor). His social circle included George Gershwin and Paul Robeson. Throughout the 1920s he produced a series of novels that were sparkling, frothy and exceedingly camp. Van Vechten's novels became popular with homosexuals, who sensed a kindred spirit in his preciousness.

In 1924 Van Vechten began to frequent Harlem’s nightclubs and bars, quickly becoming a regular. His circle of friends included most of educated Harlem. As an influential critic, he helped launch the careers of numerous talented Blacks. Van Vechten garnered notoriety for his 1926 novel, naively titled Nigger Heaven*, which told the tragic love story of a Black male writer and his Harlem girlfriend. While it was intended to give a sympathetic view of Harlem and its residents, the majority of Harlem was outraged. The White reading public, however, had the opposite reaction, and the novel quickly became a best seller. After reading the novel, many Whites hurried to Harlem to see the real thing.

*The title refers to the upper balcony seating that African Americans were relegated to in theaters.

The Jazz Age was a time when homosexuals began to acquire new territories for themselves, and Greenwich Village and Harlem were at the epicenter of gay New York. Their lifestyle was not only tolerated but often flaunted. Composer of the blues classic "T’aint Nobody's Bizness”, debonair Porter Grainger and writer Richard Wright were intimates of Van Vechten's. Grainger was not judged for his private life, nor was Harlem Renaissance poet Langston Hughes. Alain Locke, the Howard University professor who heralded the Renaissance in 1925 with his seminal anthology The New Negro, received no censure for never marrying, nor for his predilection for intelligent, male students. The community was certainly aware of poet Countee Cullen's lifelong relationship with Harlem schoolteacher Harold Jackman, but people remained tactfully silent. 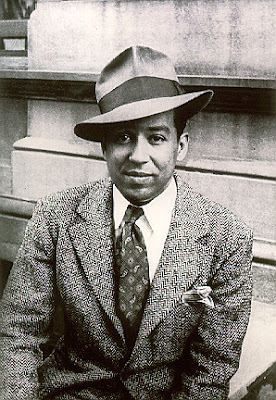 An influential patron of Langston Hughes and Countee Cullen, Van Vechten also promoted African-American culture in his photography. His provocative, often homoerotic photographs taken from 1932 until his death documented important African-American figures in the arts. In addition to his seven novels, Carlo, as he was known by friends, wrote articles on music and literature in Vanity Fair and The New York Times that advanced the discovery of the New Negro Movement by Whites. 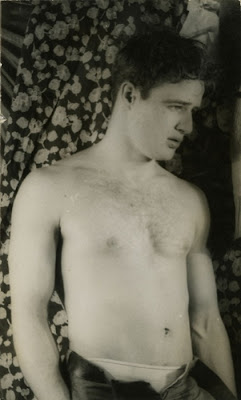 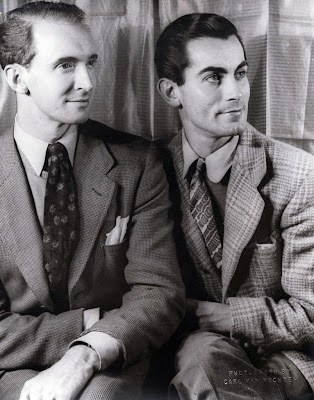 1940 portrait of choreographer Antony Tudor (above left) and his lover, dancer Hugh Laing, holding hands.
Posted by Terry at 12:25 AM