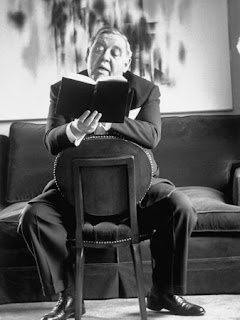 Charles Laughton (1899-1962) was an English-American stage and film actor, screenwriter, producer and director. Born into a wealthy family of hotel owners in Yorkshire, England, he was raised a strict Catholic, leading to his tormented and guilty adult struggles with his homosexuality. After his father’s death, he left the innkeeping field and studied acting, his first love. He quickly became successful and  maintained careers simultaneously in England, New York and Hollywood. Laughton became a naturalized American citizen in 1950 and carved a career as a great character actor, since his portly figure and decidedly un-handsome face meant that most lead roles were not open to him.

While his pervasive unhappiness may have contributed to his accomplishment as an actor, it adversely affected his personal life. Tormented throughout his career by suppressed homosexuality and self-loathing, Laughton died in Hollywood in 1962, still deeply ashamed of his homosexual longings. He never publicly discussed or declared his homosexuality, except to his wife, Elsa Lanchester, an actress whom he married in 1929. 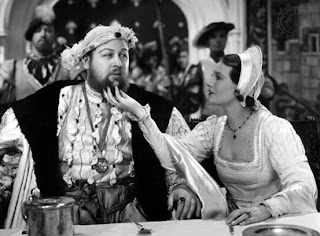 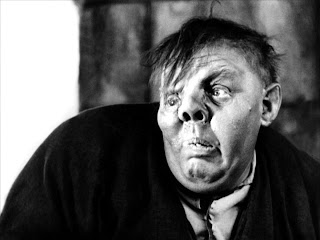 He went on to play the eccentric Captain Bligh in Mutiny on the Bounty (1935), and other great roles followed, most notably the lead role in The Hunchback of Notre Dame (1939). Laughton was hesitant to accept the role. Having long detested his own looks, the character of Quasimodo was perhaps a little too close to home. Nevertheless, he decided to take on the project, and the Hunchback of Notre Dame became Laughton’s best-known film role.

In addition to acting and directing, he embellished his career by becoming a noted orator and story-teller, giving hundreds of readings in wildly popular one-man shows.

According to Richard Bartone, “To dissipate his loneliness, Laughton sought the companionship of beautiful young men, many of whom began as his masseur or personal assistant. With a few of them, he developed long romantic relationships. He was happy and productive when involved in these affairs, but when certain men parted, work was disrupted and loneliness returned.” 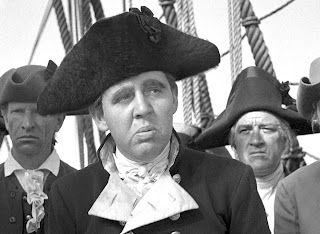 Many of the actors and actresses with whom Laughton worked knew of his homosexuality, and it was rarely an issue on set or stage. But Laughton felt that his homosexuality rendered him vulnerable to attack by others. In Mutiny on the Bounty (1935), Clark Gable's homophobia created so much tension on the set that producer Irving Thalberg had to intervene.

Although Laughton trembled at a possible public scandal, he always brought lovers onto the sets of films to help him relax. Laughton's worst fear materialized while directing Henry Fonda in the play The Caine Mutiny Court Martial (1954). Fonda, angry at the play's development and execution, lashed out at Laughton by sneering. "What do you know about men, you fat faggot?"

Although Laughton generally played unsympathetic characters, he did so with passion and imagination. Some of Laughton's internalized homophobia was alleviated in 1960, after he and his wife bought a house in Santa Monica next door to gay writer Christopher Isherwood and his artist companion Don Bachardy. The two couples became close friends, and Isherwood's and Bachardy's gay militancy and pride helped Laughton achieve a degree of acceptance.

In any case, it was known that Laughton greatly disliked children. Because of his disdain for them and the fact that he had to work with them while directing the film The Night of the Hunter (1955), most of the scenes with the children were directed by star Robert Mitchum, who had three children of his own. Mitchum stated that Laughton was the best director he had ever worked for. Laughton was severely disappointed by the commercial failure of The Night of the Hunter, which is today regarded by critics as one of the best films of the 1950s. It has been selected by the United States National Film Registry for preservation in the Library of Congress.

Laughton and Lanchester remained a couple, however, and their marriage was considered one of the most touching relationships in Hollywood, in spite of Laughton’s torturous emotional problems and the rumors that Lanchester herself had lesbian tendencies. Perfectly convenient. 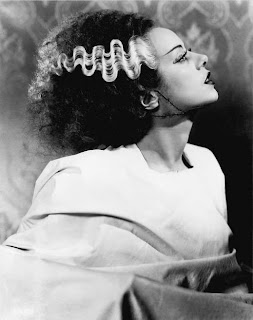 Elsa Lanchester in her most famous role: Bride of Frankenstein (1935)
Posted by Terry at 6:28 AM