Cooper Makes Joke about His Being Gay 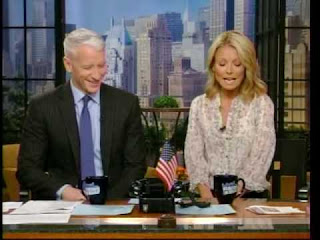 After taking his boyfriend to a very public Hollywood Oscar party last year, Anderson Cooper poked fun of his own gayness while co-hosting Live with Regis and Kelly. As he often does, Cooper stepped in to fill Regis Philbin’s seat on the morning TV show. Kelly Ripa and Cooper were doing a segment where the CNN anchor was answering questions from viewers, and Kelly produced a yearbook picture of Anderson that clearly embarrassed him. She folded the picture up and put it down her shirt saying, "You'll never get this back."

Anderson's outrageous retort was, “Sweetie, that's the last place I'd look,” while giving the viewers some serious gay face while making the crack. 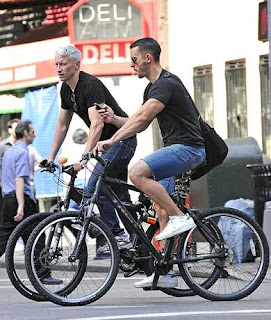 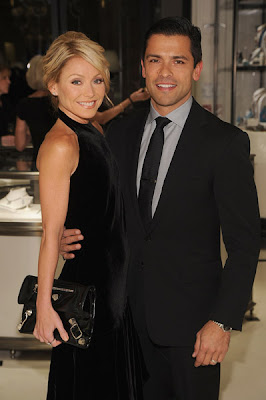 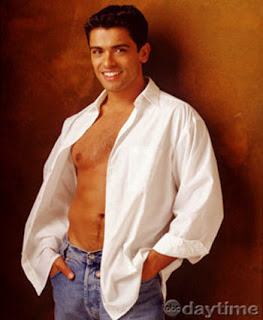 On a trip to St. Lucia to celebrate my birthday, I spotted Kelly and Mark on the beach at the resort where I was staying. Imagine my delight to learn that they were on the same plane returning to the States at the end of my vacation. They checked in (with their kids) right in front of me. Consuelos was unexpectedly short in stature, but those teeth, that smile, that face! Oh well, I could at least boast that I swam in his water.

Trivia: He speaks Italian, not Spanish.
Posted by Terry at 2:02 PM