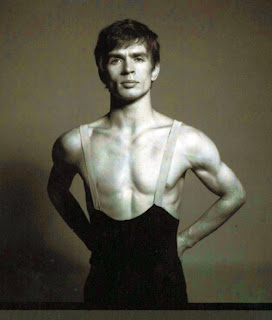 Russian born dancer Rudolph Nureyev (1938-1993) was a last-minute replacement for an injured male star on the Kirov Ballet’s European tour of 1961. Nureyev electrified audiences in Paris and famously defected to the west at Le Bourget airport NE of Paris, with the assistance of French police. He changed the perception of a male ballet dancer’s being only an accessory to female principals.

His muscular, dramatic style of dancing and strengths in both classical and modern dance led to a career in which he attained pop-star fame. He socialized with the likes of Gore Vidal, Freddie Mercury, Jackie Kennedy Onassis, Mick Jagger, Liza Minnelli and Andy Warhol. Gossip about Nureyev’s generous male endowment seems to be validated by this 1961 photograph by Richard Avedon (shown below), taken a month after the Russian star’s defection.

A little-remembered fact is that Nureyev starred as Rudolph Valentino in Ken Russell’s 1977 film Valentino, which was vociferously condemned by the Catholic Church.

His lover for many years was Eric Bruhn, the noted Danish ballet dancer, choreographer, actor and author. Bruhn died in 1986, and Nureyev in 1993, both from complications from AIDS related illnesses. 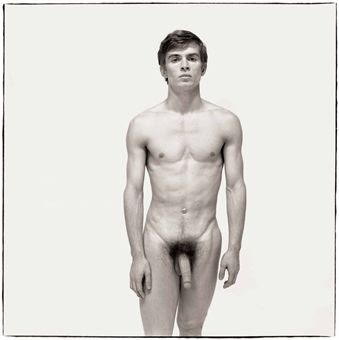 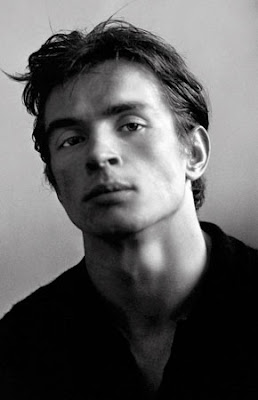