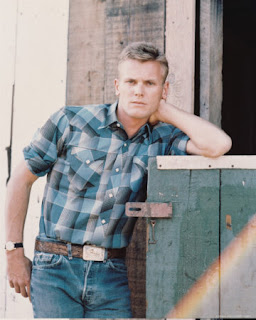 As a teenager, Art Gelien (later dubbed Tab Hunter) worked as a soda jerk at Wil Wright’s Ice Cream Parlor in Hollywood, where his most memorable experience was serving ice cream to Gene Kelly. As a young boy he lived for a while on Catalina Island, where he dove for coins tossed into the harbor by tourists departing on cruise ships for the Los Angeles mainland. He played trombone in the marching band at St. John’s Military Academy, a Catholic boarding school. He sang in the choir at St. Paul’s, where he was terrified when the choirmaster once kissed and fondled him. He used to go swimming in the private pool belonging to the uncle of one of his St. Paul’s classmates, in exchange for raking leaves off the tennis courts. The owner of the fabulous mansion (complete with indoor theater and footlights) was Ramόn Novarro. Tab Hunter had never heard of him.

By the age of fourteen his movie-idol good looks attracted hordes of giggling school girls and made all the boys jealous. When playing the lead in his junior high school’s play, his role called for planting a kiss on the female lead just before the final curtain. On opening night the kiss incited a riot, with students jumping on their seats and throwing hats, books and sweaters. He was just learning the effect his looks could have on people, although he forever remained embarrassed by it. 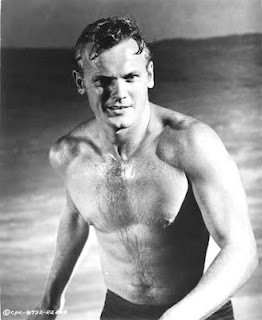 He and his brother Walt rode rented horses through Griffith Park every Saturday morning, beginning a love of all things equestrian that became a life-long passion. Tab Hunter mucked stalls and fed the horses in exchange for riding time. He lied about his age in order to join the Coast Guard when he was only 15, and he spent all his leave time riding horses. When the Coast Guard found out his real age, they booted him out. Realizing that he’d never have the money to breed and show horses, he took up figure skating, quickly becoming good enough to win major competitions in the late 1940s.

However, the life of 19-year-old Art Gelien changed forever in 1951, when he was invited to take a screen test at Samuel Goldwyn studios for the role of a marine in God’s Little Island. The female screen writer took one look at the gloriously fresh and handsome novice and said, “That’s the boy I want,” before he had so much as opened his mouth. He was asked to take his shirt off, and the next thing he knew the film’s director said, “If this kid can read his name off a sheet of paper, we want him.” His entire screen test consisted of planting a smoldering kiss (while shirtless) on Linda Darnell, a major female star of 20th Century Fox during the 1940s. Art Gelien was dubbed “Tab Hunter” by his agent, Henry Willson, and the rest is Hollywood history.

Instead of mucking stalls and practicing skating maneuvers, Tab Hunter was on a plane to Jamaica for three months of filming, followed by seven weeks of interior shots in London. The film’s name was changed to Island of Desire, and Hunter’s screen kiss with Linda Darnell launched a major career as a male heart-throb, even though his reviews as an actor were scathing. On the plus side, he looked great without a shirt. A handsome face, flawless skin, sparkling blue eyes, perfect teeth and natural blond hair didn’t hurt things a bit. 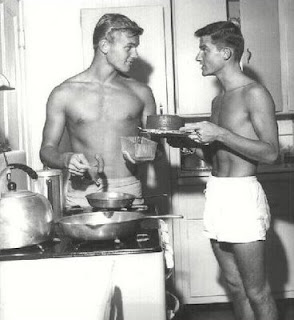 Within two years he was pulling in a thousand pieces of fan mail a week and "dating" Debbie Reynolds and Natalie Wood as part of studio-engineered publicity machines. One year he received 62,000 valentines from his rabid female admirers. He was also an overnight singing sensation; his 1957 recording of “Young Love” topped the billboard charts at #1 for six weeks. But Tab Hunter had a big secret: he was also dating Ronnie Robertson, a celebrated male figure skater. He went on to have a long-term relationship with Anthony Perkins and a steady stream of other always younger men, before settling down with his partner of 30 years, producer Allan Glaser.

Hunter's breakout film was 1954’s "Battle Cry," in which he played a young Marine recruit. In one scene he embarks on a midnight swim with an officer's wife, played by Dorothy Malone. He wears her husband's bathing trunks, giving the waistband a tug to show how much slimmer he is than his rival, while a wolfish grin lights up his face. Hunter was sensationally sexy and attractive as he strode toward sexual conquest. Women all across America melted in their seats (see clip at end of post).

In all, Hunter has made over fifty films, but there were long stretches of underemployment while making the rounds of dinner theater. His “comeback career” revolved around campy films, such as 1981’s “Polyester” (directed by John Waters) and “Lust in the Dust” (written by Tab Hunter himself). 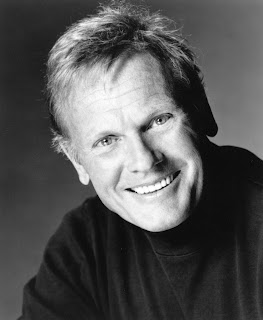 Tab's career includes many stage and television performances. He starred in his own television series for NBC, was nominated for an Emmy for his performance opposite Geraldine Page in Playhouse 90’s "Portrait of a Murderer" and guest starred in over 200 television series episodes. He also appeared on Broadway with Tallulah Bankhead in Tennessee Williams’s "The Milk Train Doesn't Stop Here Anymore," an experience he'd rather forget, since Miss Bankhead played her role for camp, making a mockery of the other talent sharing the stage.

In his autobiography “Tab Hunter Confidential: The Making of a Movie Star” he acknowledges that he is gay, confirming rumors that had circulated since the 1950s. Hunter also confesses to having two serious, but unconsummated affairs with women. He was passionately in love with co-star Etchika Choureau, while simultaneously secretly dating actor Anthony Perkins. Hunter wanted to marry Choureau but called it off after realizing he would not be able to suppress his homosexual proclivities. He also had a relationship with Joan Cohn, widow of Columbia Pictures mogul, Harry Cohn. She proposed to Tab Hunter after her divorce from her second husband. No dice. These days Hunter lives in Santa Barbara, California, with his partner Allan Glaser; both men continue to work on producing film projects while surrounded by Tab Hunter's beloved dogs (whippets) and horses.


Dorothy malone in battle cry scene 1 by tobiagorrio
Posted by Terry at 12:40 AM